Home » A professor and a playwright: ANU Law scholar reignites passion for theatre with new play

A professor and a playwright: ANU Law scholar reignites passion for theatre with new play 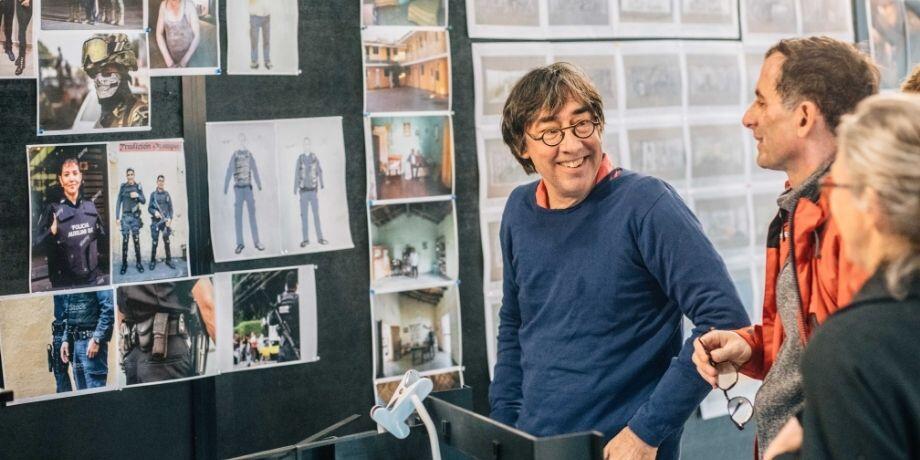 Professor Desmond Manderson FAAL, FASSA, FRSC with one of the actors Raoul Craemer and designer Imogen Keen on day one of rehearsals for 'Twenty Minutes With the Devil'. Photo: Creswick Collective

In learning how to tell stories and explore characters on the stage, we have had to rethink our relationship to the ideas and social problems that matter so much to us.

Professor Desmond Manderson FAAL FASSA FRSC is Director of The Australian National University’s (ANU) Centre for Law, Art and Humanities, which aims to bring the insights of the creative arts to how we think and talk about law and justice. He has written acclaimed books on law and literature, law and the visual arts, and even law and music. He has devised new courses in collaboration with colleagues in English, philosophy, political theory, ethnography, and art history. And to some extent, these diverse interests reflect Professor Manderson’s own background as a historian and a pianist before he turned to the law.

But before any of that, his passion was always the theatre. In his youth, he wrote and acted in many plays. Now, after a break of almost 40 years, he has returned to his first love with a new full-length play at The Street, Canberra’s only professional theatre company. Twenty Minutes With the Devil runs 18-25 June 2022.

Origin of the work

This play started as two conversations on a beach in 2016 between Professor Manderson and his co-playwright, Dr Luis Gómez Romero, a senior lecturer at the University of Wollongong. One conversation was about how people think about the relationship between law and justice in the crisis of the 21st century: the liberal idealist, the cynic, the rule-follower, the authoritarian, the revolutionary, the activist. The other conversation was about an event that just taken place: the arrest of Mexico’s most notorious drug lord, Joaquín ‘El Chapo’ Guzmán.

L:  You see they captured El Chapo. You know who he is, right?

L:  It was an amazing story – he’s escaped many times before.

L:  No, but that’s not the story. There was this Mexican telenovela star who arranged to meet him –

D:  Yes, yes. Sean Penn came along to write something for Rolling Stone, but the feds had bugged his phone so he led them right to his hideout. I know that.

L:  No, but that’s not the story.  He escaped again, through the sewers underneath his property and would have got away, except he got pulled over for speeding.

L:  No, but that’s not the story. These two cops take him to a hotel and they wait until the army turns up.  If it turns up.

D:  No one knows what they said?

This play marks a unique collaboration on many levels. Both playwrights work in the new academic field of ‘law and the humanities’. Both have written and taught using literary works and art as lenses for thinking about law and justice; Professor Manderson’s 2019 prize-winning book Danse Macabre: Law and the Visual Arts (Cambridge University Press) explored how art engages with and constitutes law and human lives.

“But the endeavour not just to write about literature but to write literature marks a further radical departure in thinking and talking about law. This has proved a steep, but immensely rewarding, learning curve for both of us. In learning how to tell stories and explore characters on the stage, we have had to rethink our relationship to the ideas and social problems that matter so much to us,” says Professor Manderson.

At the same time, the play has also been demanding in the collaboration between the two writers. Mexican-born Dr Gómez Romero has a long history of working in politics and on social justice issues there. Translating those experiences into a new form in a new country has been at the heart of this project. It has involved not just translation in the narrow sense of language and idioms but in the broader sense of communicating across very different cultures and societies.

“Writing is very intimate, and this mutual translation of words, stories, and visions about the world, has been challenging for both of us and has forced us to learn new ways of listening to each other and valuing each other’s unique perspective,” notes Dr Gómez Romero, whose research interests include jurisprudence, constitutional law, international law.

Ultimately, Dr Gómez Romero is ‘the storyteller’ and Professor Manderson is ‘the poet’. Much of the framework for the play, the background histories and many of the particular incidents and stories that are incorporated in it, come directly or indirectly from Dr Gómez  Romero’s own life experience.

He has had firsthand experience of the lives of the poor in Mexico, and of the violence of the drug war there, including in encounters with drug traffickers, the army, and police.

“It was the challenging task of both of us to take these experiences and shape them into a form and a narrative that cohered; and to create the characters and voices that provide the audience with authentic and compelling ways of engaging with it,” Dr Gómez Romero says. 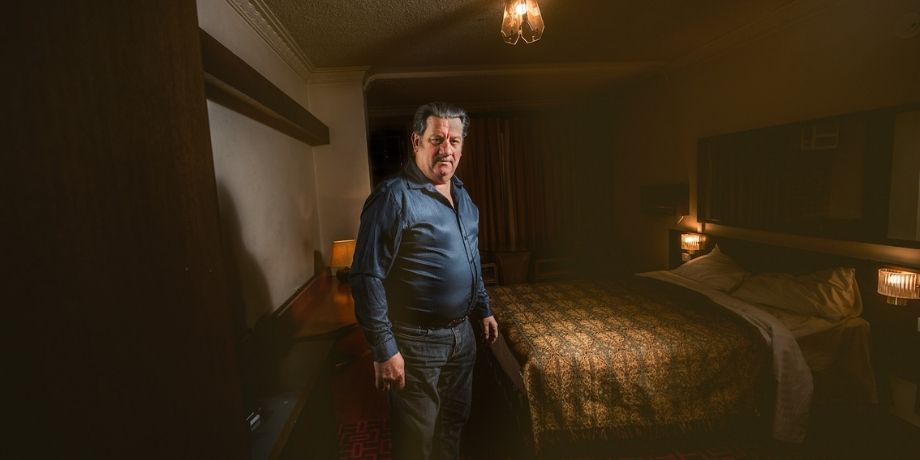 On a narrow level, the play is about the injustice, corruption, and violence that has been the tragedy of the global drug war; a tragedy on which not just Mexico but Latin America has been the front line. What has the drug war meant for everyday life around the world? Who is really to blame for the shocking violence, loss of life, and undermining of political institutions, that has resulted? This has a question about which both playwrights have written on many occasions over the years. Indeed, Professor Manderson appeared only recently before the ACT Legislative Assembly in order to give expert evidence in their inquiry into a proposed law that would decriminalise the personal use of some drugs.

But the play has much broader implications than that. It takes a series of real events and explores questions that have never been properly asked about it. About what you believe in when you may be about to die. About what it means to talk about justice and law in a world of corruption, violence, and inequality. About love and betrayal, whether to stay or whether to go.

“We see this event as speaking to much more than drugs and drug politics around the world. We are faced with terrible crises in our society: corruption is growing, social inequality is out of control, law and justice seem further and further apart every day,” says Professor Manderson.

“The question is whether we care about the relationship between law and justice anymore, and what, if anything, we can – any of us, whether lawyers or policemen or citizens – do about it.”

One of the central themes of the play is time. For the characters, time is running out and every second brings them closer to a terrible and unpredictable denouement. As the title implies, they have 20 minutes and the clock is ticking.

And this is the situation of the modern world. The only difference is that while most of us live our lives in denial of the injustice and catastrophes that keep piling up around us, the characters do not have that luxury.

They have no choice but to try and act. They are living an intensified reality of the world we all live in, like it or not. The question that confronts the audience is: what will you do when the crisis comes?

Twenty Minutes With the Devil will be staged at The Street Theatre 18-25 June 2022. There will be a pre-show panel discussion on 23 June with both playwrights and Antony Lowenstein, best-selling author on the global drug wars. More details here.