A rare breed of law student 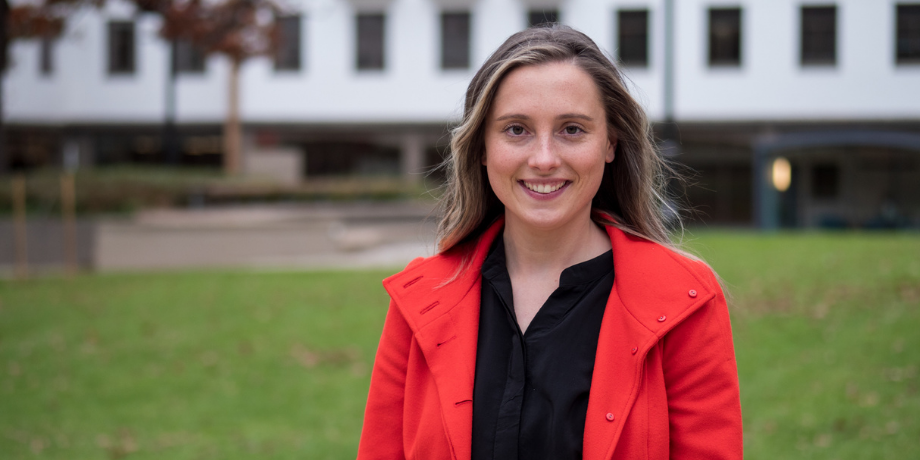 Charlotte Hoynes (BA/LLB (Hons) '21) is a recent graduate of the ANU College of Law and 2021 recipient of the Blackburn Medal for Research in Law.

To have my work so warmly received and recognised in this way means a great deal.

Charlotte Hoynes (BA/LLB (Hons) '21) knew from the outset that she wanted her honours thesis to focus on the relationship between the rule of law and administrative law.

What she didn’t know at the time was that her thesis would result in her being awarded the 2021 Blackburn Medal for Research in Law from The Australian National University (ANU) College of Law.

The Blackburn Medal for Research in Law is awarded every year to the student who receives the highest mark in our LAWS3202 Honours Thesis and LAWS4300 Supervised Research Paper course.

“Being awarded the Blackburn Medal at the conclusion of my Bachelor of Arts/Law (Hons) degree symbolises a lot of hard work — not just on the paper, but also over the course of my academic career at ANU,” Charlotte said.

“To have my work so warmly received and recognised in this way means a great deal.”

“Justice Edelman is one of the most frequent dissenters on the High Court (of Australia) at present,” Charlotte said.

“I tried to unpick what drives these judicial disagreements and considered what these differences of opinion might reveal about the development of Australian public law.”

By analysing Justice Edelman’s public law dissenting opinions through the lens of Dworkinian legal theory, Charlotte argued that Justice Edelman “is developing a unique view of the role of the rule of law in the High Court’s 75(v) jurisdiction”.

Charlotte was motivated to research this topic after she completed several ANU College of Law undergraduate courses.

“My interest in the doctrinal side of this topic stemmed from LAWS2201 Administrative Law (my favourite subject, which probably makes me a rare breed of law student), and my theoretical interest developed from the elective LAWS4309 Colonialism and the Rule of Law,” Charlotte said.

The challenge was marrying these two topics within a scope appropriate for an honours thesis.

“It took many consultations with my supervisor, Professor Leighton McDonald, to find the right angle to tackle the topic,” Charlotte said.

“I am grateful to him for encouraging me to pursue a project I am passionate about and I think that shines through in the finished product.”

“Their tutelage fostered my interest in administrative and constitutional law, sharpened my analytical skills and gave me the academic foundations to critically examine public law issues,” she said.

In 2019, Charlotte was also awarded the Leslie Zines Constitutional Law Scholarship, which supported her to undertake a supervised 10-week internship at the Commonwealth Attorney-General’s Department.

“This experience affirmed my career ambitions, and helped me secure my graduate role at the Australian Government Solicitor (AGS),” she said.

In her role as a graduate lawyer at the AGS, Charlotte is part of a team that provides advice to government on a range of public law issues.

“My days are spent researching a wide variety of challenging legal questions,” she said.

While Charlotte is set on pursuing a career in public law focusing on constitutional or administrative law, she is not yet sure what direction this will take her in.

“I have a lot to learn about the law and myself as a lawyer, so I am not yet certain where my career will take me,” she said. “I would also love to undertake further study.”

Reflecting upon her study experiences at the ANU College of Law, Charlotte encourages law students to work hard and put themselves out there.

“If an area of law interests you — run with it,’” she said. “ANU Law offers so many opportunities if you are ready and willing to take advantage of them.”

“Getting involved with the ANU community by attending events and seminars or reaching out to academics or tutors whose work resonates with you are great ways to get to know people and explore your interests.”