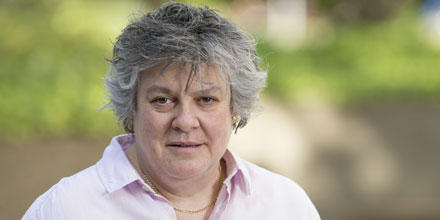 To mark International Women's Day this year we are celebrating some of the women who make our College a world-leading institution for legal education and research.

Professor Sally Wheeler OBE, MRIA, FAcSS, FAAL became the first woman appointed Dean at ANU College of Law in early 2018. She is also the first ANU Pro Vice-Chancellor (International Strategy), a position in which she responsible for developing and implementing the University’s academically-led international strategy. Professor Wheeler was awarded an OBE for services to higher education in Northern Ireland in 2017 and was appointed a Fellow of the Australian Academy of Law in 2018.

What inspired you to pursue law?

I started off enrolled in a philosophy and theology degree and quickly realised it wasn’t for me (two terms later). I transferred into law because I thought it would be easier. I was right.

What research project are you most proud of?

My work on The Corporate Way of Death.

Who is a woman in your field you look up to?

What does International Women’s Day mean to you?

Over the last decade of my career it has usually meant organising or participating in an event to mark International Woman’s Day because, even though there are now a lot more women in university leadership than was the case when I started my career, there are still too few so that ‘senior women’ often do find themselves very stretched at this time of year.

What advice would you give your more junior self?

To care even less about what people might think.