Home » Canberra and Kaohsiung: Cosmopolitan, then and now

Canberra and Kaohsiung: Cosmopolitan, then and now 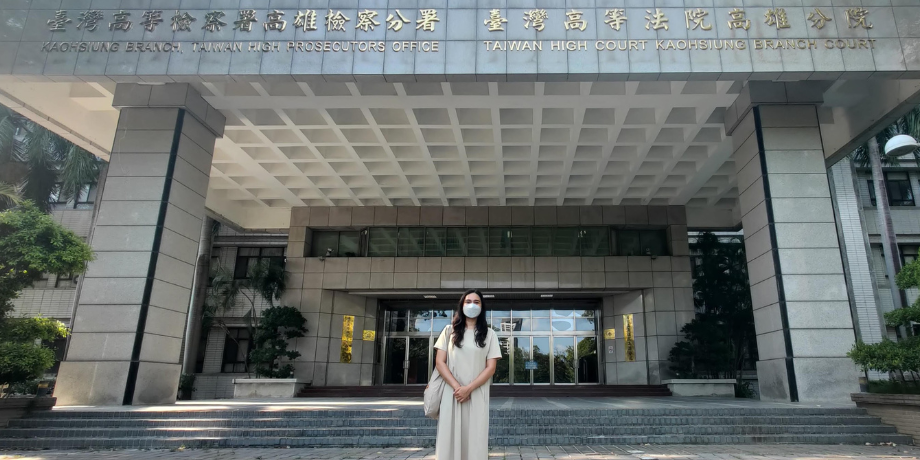 While successive governments have come and gone in Taiwan, each leaving their mark on the judicial system, the buildings have remained as symbols of the legalistic society that has long existed here since Japanese colonialism and as reminders of a tumultuous history of foreign influence.

Ever wondered what it’s like to study abroad? ANU Law student ambassador Cherish Tay gives us the low-down on her adventures and experiences studying in Taiwan in her new blog series.

I’ve been living in Kaohsiung for eight months now and I can safely say it’s one of the most livable cities in the world. While it’s certainly much bigger than Canberra, with a population of 2.7 million, it has the laid-back feeling of a not-too-major city and is skirted by mountains, forests and the Pacific Ocean.

One of the great pleasures of Kaohsiung is the sense of living and complex history that can be seen on every corner. While the traffic and skyscrapers are just like any other big city, there are also tiny, quiet alleyways, shops no bigger than a broom cupboard that have been thriving for generations, and aunties watching TV in shop houses waiting for customers.

Once I started to learn about the history of trade and immigration here, I realised the city’s palpable melting pot of diversity and interconnectedness that has been a way of life here for a very long time. 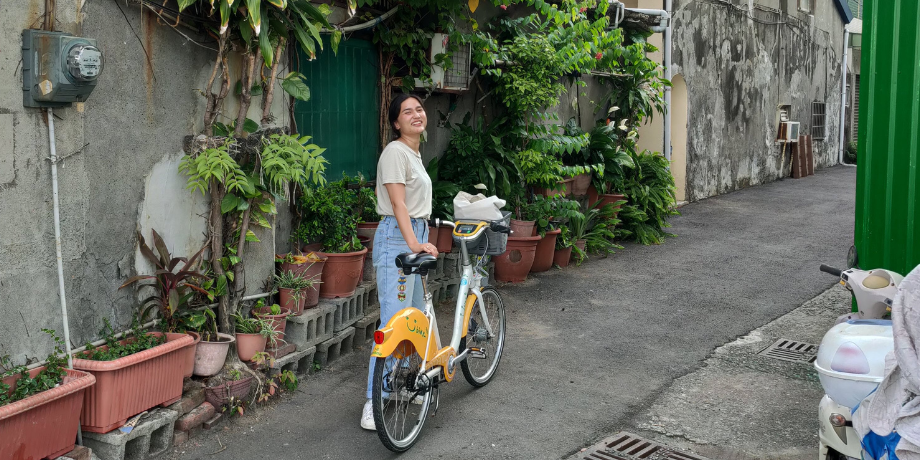 Cherish Tay riding a bike down an alleyway in the streets of Kaohsiung.

This city was an important trading hub even before the Treaty of Shimonoseki (1895) in which Taiwan was ceded to Japan. However, it was in 1908 under the Japanese Governor-General’s surveyance that the harbour itself was dredged and built over the existing lagoon.

The former name for Kaohsiung was ‘Takau’, given to the isle some 7,000 years ago by the Polynesian explorers who settled here. ‘Takau’ means bamboo forest in the Siraya language. As the island was a Dutch colony for roughly 40 years (1624-1661), on many European maps from before the 20th century, Kaohsiung is written as ‘Takau’ or ‘Takow’. An interesting thing to note is the current name Kaohsiung (高雄) comes from a Mandarin Chinese reading of the Japanese transcription of ‘Takau’.

The Japanese also established the contemporary judicial system in Kaohsiung and constructed many of the court buildings that are used today. The Tainan Branch High Court’s jurisdiction previously included all of Kaohsiung and was built on the site of a former noblemen’s residence during the Japanese colonial era.

The courthouse that was used up until 1945 has now been turned into the Tainan Judicial Museum, and a new court house was established in 1947 by the Kuomintang that is still in use today. While successive governments have come and gone in Taiwan, each leaving their mark on the judicial system, the buildings have remained as symbols of the legalistic society that has long existed here since Japanese colonialism and as reminders of a tumultuous history of foreign influence. 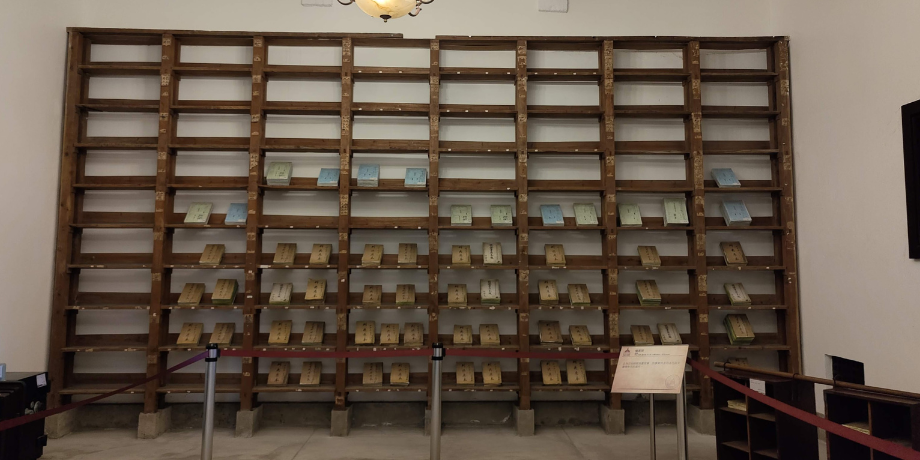 An exhibit at the Tainan Judicial Museum of the old book-keeping system implemented under the Japanese.

Before the Chinese forces overpowered them in the early 1600s, the waters around modern-day Kaohsiung were considered too dangerous to cross due to the fearsome pirate ships that pillaged and looted passersby. However, under the Ming and Qing rule the port was prosperous and cosmopolitan, not only frequented by local merchants, but also Japanese, British, Spanish, French, American and Portuguese ships.

The port traded in fisheries, pottery, sugar cane and opium to name a few. As a result, the port attracted many itinerant laborers seeking work, merchants and traders. Back on land, there was also a significant British missionary presence who established some of the first churches in the area. You can still see some old buildings in European architectural styles around the city.

In many ways, the city has been made and remade by the many waves of immigration and development that swept through. The city itself now includes the historically major Fongshan District to the northeast, as well as the Zuoying District, which was an old military fortress built in the 17th century. The city has therefore always been a place of migration and movement with itinerant workers, constantly changing governance and foreigners from many parts of the world.

Kaohsiung has historically been a place of significant cultural and linguistic diversity. Perhaps modern-day Taiwan is seen as a cosmopolitan and diverse place due to the development of democratic ideals and contemporary globalisation. However, it’s evident that in Kaohsiung the history of coming from elsewhere and rubbing shoulders with people from different places stretches back much further.

One of the great joys of moving to Canberra was meeting other students from all over Australia and parts of the world. People bring their upbringing and life from home to the bush capital and find a city that, despite its small size, is a heavy-weight in terms of cultural and legal icons.

With a cosmopolitan outlook and stunning native bushland, there is a rare synergy for those who have come temporarily, and still find a place that is rather used to itinerants and makes them feel at home. And yet this could equally describe Kaohsiung, where the present is laden with the multifarious past.

As a once Canberran, now ‘Kaohsiung-er’, I am reminded of how the places we consider the backdrop to the current phase of lives are molded and made different by we who live there. What’s more, where we choose to live changes us as well, as the currents of time and history shape our lives in ways both visible and intangible.

I wonder how I am changing as I live here, and how I might learn to listen out for the past as it resounds through the present, if only one is careful enough to listen.