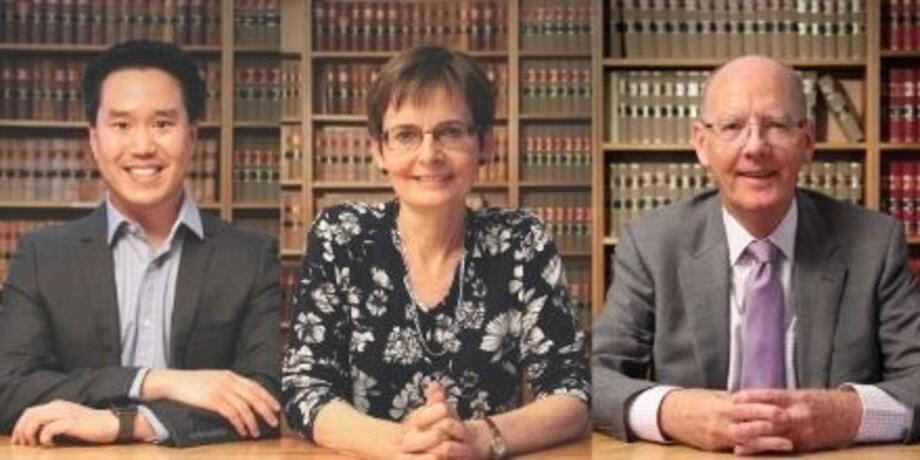 This research is particularly significant in light of concerns about mental illness in the legal profession.

Three scholars from The Australian National University (ANU) College of Law have co-authored a research article examining new lawyers’ perceptions of the ethicality of their workplace, with just over half of respondents reporting above-average levels of integrity, responsibility and care in their workplaces.

The quantitative empirical study was conducted by an online survey of more than 300 lawyers, spanning all Australian jurisdictions, who had been practising for between three months and one year following their admission to practice. It found that participants perceived the following dimensions of ethical climate in their workplaces, to a greater or lesser extent:

Associate Professor Holmes, an expert in legal ethics, legal education and the legal profession, said the study follows the scholars’ earlier qualitative work that focused on new lawyers and how they found meaning and a sense of agency in their early experience of practice.

“One of the experiences new lawyers reported as influential and significant was finding a comfortable convergence between their personal values and ethical frameworks and those modelled by colleagues,” she said, adding that this line of research is relevant to a first-year course she convenes at the ANU College of Law: Lawyers, Justice and Ethics (LAWS1202/LAWS6102) and its discussion of the factors that influence ethical decision-making.

In analysing their data, the ANU researchers identified three broad types of ethical climate at Australian legal workplaces: ‘Ethical Apathy’, ‘Getting Ahead’ and ‘Positive Balance’.

The study then correlated these ethical climate ‘types’ with measures of psychological health, organisational learning culture, job and career satisfaction, and understandings of professionalism.  The findings were clear:  ethical norms have an important role in shaping the way in which basic psychological needs are met (or not met) in the workplace, with significant consequences for both wellbeing and ethical conduct.

“This research is particularly significant in light of concerns about mental illness in the legal profession,” she noted. ‘Lawyers’ mental wellbeing cannot simply be reduced to an individual’s personal experiences disconnected from the ethical climate of the organisation in which they work.’

“Our findings are clear enough for legal practice managers, professional bodies and regulators to take note of the strong links between ethicality and sound mental health and job satisfaction and to develop interventions aimed at promoting ethical behaviour.”

This article and a companion piece in the Journal of the Legal Profession, ‘Ethical misconduct by new Australian lawyers: prevalence and prevention’, form the basis for an ongoing empirical project for which Associate Professor Holmes and Professor Foley will seek Australian Research Council Discovery funding support to progress further.