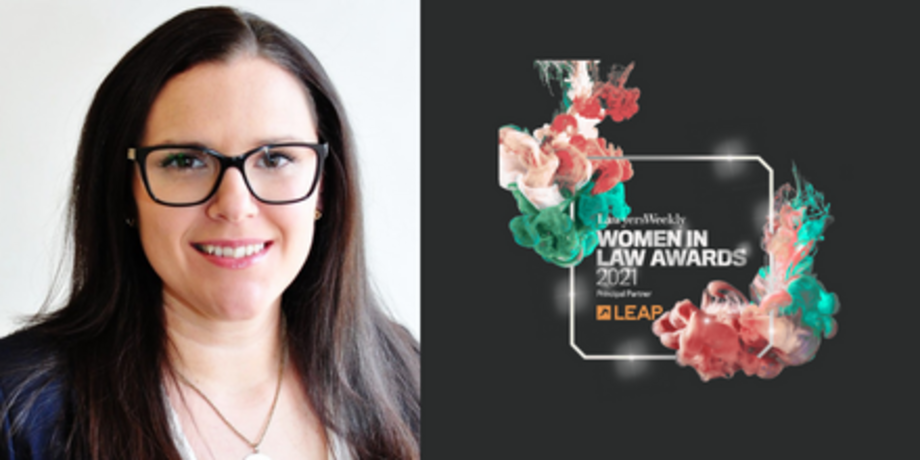 Elizabeth Tsitsikronis is one of 16 ANU Law alumnae nominated in the 2021 Lawyers Weekly Women in Law Awards.

Sixteen alumnae from The Australian National University (ANU) College of Law have been named as finalists in the 2021 Lawyers Weekly Women in Law Awards.

Among the outstanding alumnae being recognised for their work in the legal profession is Elizabeth Tsitsikronis (GDLP '09, LLM '18), who was named as a finalist in two categories: Indigenous Lawyer of the Year and Innovator of the Year (Individual).

Elizabeth has worked for the New South Wales Government for most of her career. Currently, she works as the Principal Legal Officer for the NSW Department of Planning, Industry and Environment.

Being recognised for her work has brought her an immense amount of pride and she hopes she can serve as an inspiration to young aspiring lawyers, especially those from her community.

“Being named as a finalist for these two awards is such an honour,” she said.

“I hope this serves as a demonstration to all, especially to my Aboriginal and Torres Strait Islander brothers and sisters in law or considering a law degree, that with determination, courage, and bravery you can make a difference and achieve great things, no matter who you are or where you have come from,” she continued.