Home » Tricks of the trade: Insights from an international commercial lawyer

Tricks of the trade: Insights from an international commercial lawyer 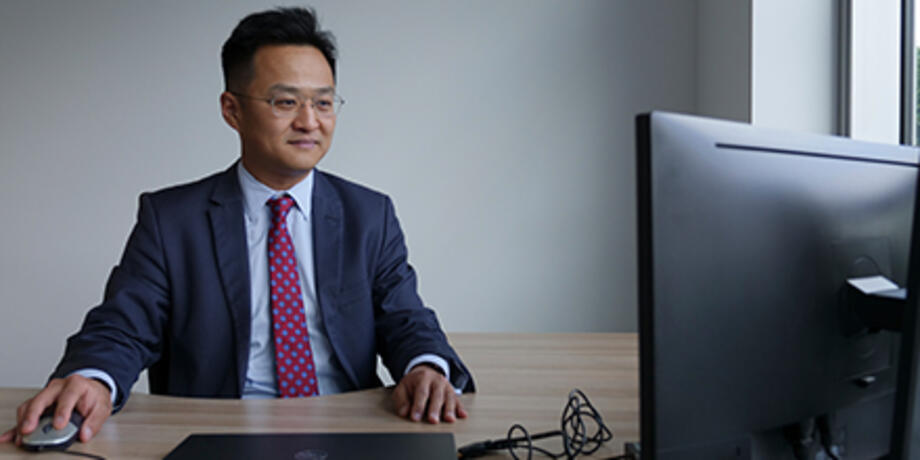 Your upbringing, life experience, education and perspectives greatly enrich where you work.

Charles Zhan (JD ’11) is a partner at Moulis Legal, a boutique commercial and international law firm where he specialises in trade defence and cross-border transactions.

A bi-lingual, bi-cultural and bi-jurisdictional lawyer, Charles was drawn to The Australian National University (ANU) College of Law by its reputation for public and international law.

For some law students, an undergraduate research thesis can be the gateway to postgraduate or doctoral studies. For Charles Zhan, his thesis paved the way for his future career – even if he didn’t know it at the time.

“I chose to research anti-dumping without ever considering that one day I would become an anti-dumping lawyer. At the time, it was just an interesting thesis topic to me,” he said.

Despite the global scale of his work and the barriers to international travel in the age of COVID-19, Charles has a firm philosophy that guides his work.

“It’s about the people, the personal connections, and doing the best for our client to make a difference,” he said.

“Being an international trade lawyer or a commercial lawyer does not mean you can simply stand by as an outside advisor giving opinions. Law is ultimately quite intimate. The international or cross-border element only heightens the impact of the legal and commercial issues you deal with as a legal practitioner and as a trusted advisor.

“You know immediately the impact that your advice – and the outcome of that process – will have, both at the broader legal level and at the business level,” he added.

Born and raised in Beijing, Charles graduated with a Bachelor of Laws from Shanghai Maritime University in 2005. There, he developed a strong interest in trade, commercial and international law.

Two years later, aged 24, he moved to Canberra to reunite with family, swapping the skyscrapers of Shanghai for the relative tranquillity of the ‘bush capital’.

In a move he described “as a calling”, he decided to pursue his postgraduate law studies at ANU.

“There were also many ‘self’ questions I needed to overcome as a young graduate and new migrant. I had to reflect on what I wanted to achieve and what I wanted to do. In the end, I decided to pursue my Juris Doctor at ANU as a personal and intellectual challenge,” he said.

“The academic environment at ANU is such that it makes you absorb everything there is to offer. The different legal system, culture, and the University’s strong tradition in public and international law were things I never experienced in my first law degree. There were many eye-opening moments,” he said.

One of the highlights was studying Competition Law (LAWS4255) under Honorary Associate Professor, the Venerable Alex Bruce, whose lectures Charles recalled as being “special for being so clear, methodological, and dynamically engaging”.

As he neared the end of his Juris Doctor studies, fate intervened again for Charles during a chance encounter with another student in the program who was then a paralegal at Moulis Legal.

“She was relocating to Sydney and she asked me if I was looking for a job. I said yes and she told me about the firm (Moulis Legal) and their work in the fields of international trade law and China,” he recalled.

“She said, ‘I think you would be a great fit’, and I thought it sounded almost surreal.

“I was lucky, too, in terms of timing. After the 2008 Beijing Olympics, China became ever more relevant and prominent internationally. When I graduated in 2011, trade and investment with China and across the world was increasingly important – it created a lot of opportunities for law graduates pursuing a career in that international space.”

Charles quickly established himself as a valued member of the Moulis Legal team, adept at helping Asia-based clients bridge cultural gaps and navigate legal challenges with poise and persistence.

“My entire focus in my first couple of years as a lawyer was just to be as good as I could possibly be, and to achieve the best outcomes for the client. But it was also driven by a desire to ultimately make a difference as a lawyer – realising the empowerment of law and of the years, if not a life-long journey, of legal training and practice,” he said.

Charles also takes an active role in Australia’s key China trade non-government organisation, as vice-president of the ACT Division of the Australia China Business Council. Charles’ vast experience and expertise in international trade have also seen him being appointed as Diversity and Inclusion Officer of the International Trade and Customs Law Committee at the International Bar Association.

More than a quarter of solicitors practising in NSW were born overseas, according to a 2016 report. Charles’ experience has reinforced to him the importance of diversity and inclusion in the legal profession

The competitive edge that a diverse and inclusive law firm offers clients is something he hopes law students and junior legal professionals recognise and embrace.

“I am naturally a ‘gourmet of cultures’; I take the same approach to different cultures and my willingness to adapt and appreciate diversities as I enjoy different cuisines. However, one thing I probably didn’t appreciate as much during my earlier years as a student is the value that we bring as individuals to our organisations and society. Your upbringing, life experience, education and perspectives greatly enrich where you work,” he said.

“‘Diversity’ is not just a social buzzword; it is something that has enormous value to businesses and clients. When you’re relatively inexperienced, you might not realise just how valuable an asset it is.

“Sometimes your approach might differ from others. That doesn’t mean that you’re wrong, rather that you bring new ideas and value to the work that others might not realise,” he added.