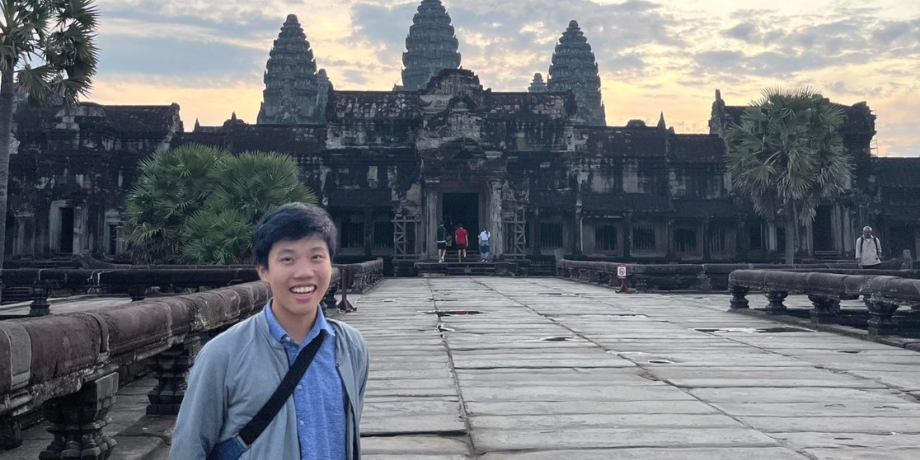 My time studying law in Singapore has exposed me to how different parts of the world view and use context-specific instruments to solve disputes in ways that differ from Australia.

ANU Law student ambassador Andre Kwok is currently on exchange at the National University of Singapore as a Westpac Asian Exchange Scholar. Read about his experiences in this four-part blog series.

With all the buzz surrounding ASEAN’s expansion and its importance in the region, a highlight of my time on exchange at the National University of Singapore (NUS) is the chance to study a course about ASEAN law.

This exposure to diverse courses that focus on Asian legal studies is one of the benefits of being here at the NUS leafy Bukit Timah law campus.

The evolution of ASEAN

Since its conception through the Bangkok Declaration in 1976, proclaiming the central values of cooperation, amity and non-interference, ASEAN has grown from a forum for regional dialogues fixated on consensus and a common identity, to a multilateral entity with more organised institutions.

The maturity of ASEAN is reflected by organised high-level partnerships through ASEAN Plus Three with China, South Korea and Japan, and ASEAN Plus Six with Australia, India, and New Zealand.

Through informal dialogue and emphasising regional stability, ASEAN has successfully facilitated the prohibition of nuclear weapons through the Treaty of Southeast Asia Nuclear Weapon-Free Zone, coordinated efforts against transnational crime in the Treaty on Mutual Legal Assistance in Criminal Matters, and established international trade as a single bloc through the ASEAN Trade in Goods Agreement to Boost Economic Integration.

ASEAN as a legal structure

The entry into force of the ASEAN Charter in 2008 marked a watershed moment for ASEAN as a legal structure.

Since the ratification of the Charter, ASEAN’s character of non-interference has driven the continued refrainment from using binding hard law instruments, attracting both appraisal and criticism in addressing dispute-resolution in the region.

Since the Charter, there has been a shift towards clearer defined norms and clarity of dispute-resolution procedures is reflected in the 2019 ASEAN Protocol on Enhanced Dispute Settlement Mechanism.

These practices are well received as in ASEAN as they don’t hinder territorial sovereignty.

ASEAN is often likened to the European Union (EU) in debates about compliance with a multilateral rules-based order.

This has constituted calls to reform ASEAN to directly resemble EU legal and governance institutions, like the European Justice, European Commission and European Parliament.

However, this proposition is unsound due to ASEAN’s different cultural, political and economic pathways underscored by lengthy histories of foreign colonial rule.

In contrast, in many Western nations, the courthouse, like the church, was the central institution in resolving conflict.

In Southeast Asia, there is a stronger inclination for unofficial dispute settlement outside of courts as formal laws and lawyers play a lesser role, influencing legal traditions in the region.

My time spent studying law in Singapore has exposed me to how different parts of the world view and use context-specific instruments to solve disputes in ways that differ from Australia.

Campus greenery at the faculty of law at the National University of Singapore.

Campus greenery at the faculty of law at the National University of Singapore.

Despite ASEAN evolving into a considerable multilateral organisation, contemporary challenges like differing interests between member states and geopolitical flashpoints will challenge the current model.

An example of this is the South China Sea dispute.

Cambodia, then its chair, and the Philippines and Vietnam, both ASEAN South China Sea claimant states, could not reach a consensus over the how to manage this territorial dispute.

Cambodia embraced the idea of bilateral negotiations among concerned parties, on which China had insisted, while the Philippines and Vietnam called for ASEAN’s direct involvement in the issue.

This impasse is intensified by China’s disregard of the Permanent Court of Arbitration ruling initiated by the Philippines and sluggish negotiation of an ASEAN-China Code of Conduct (CoC) for the South China Sea since 2002.

Despite criticisms of ASEAN’s prolonged negotiation of a CoC in the South China Sea, it would be one-sided to discredit ASEAN entirely.

It is important to consider that in the post-2007 ASEAN, there has been an upsurge of more procedural practices, including the Enhanced Dispute Settlement Mechanism.

Nevertheless, it is too soon to evaluate all of ASEAN’s dispute settlement and monitoring mechanisms as they are yet to be tested.

As ASEAN is often viewed in various contexts ranging from economic development, a hub for regional collaboration to a theatre for greater power rivalry between the United States and China, understanding the distinct cultural, political and historical legacies of Southeast Asia is essential in mapping the past and future institutional trajectories of ASEAN.

Going on exchange at NUS after two years of strict travel restrictions is a privilege.

Outside of classes, I’ve had the chance to volunteer at my residential college’s coffee shop, act in a haunted house and explore Southeast Asia with friends from all around the world.

With the growing emphasis on the ‘Asian Century', the opportunity to undertake studies counting towards my degree at NUS has enabled me to respond to that focus.