Learning law in Geneva, the global heart of multilateral diplomacy

The presentations from the various representatives ... renewed my inner commitment towards pragmatic optimism.

Editor's note: Held over two weeks in January, International Organisations (Geneva) (LAWS4258/8458) is an intensive elective offered each year for law students at The Australian National University (ANU). The course introduces students to the United Nations (UN) European headquarters in Geneva and allows them to experience international law firsthand with particular attention to human rights, trade and environmental law in a global context.

Participating in the course has been an incredible experience. I am still overcoming my disbelief at the opportunities we had to explore headliner organisations, witness UN mechanisms unfold, and speak with the most incredible people – while also balking at how much the Swiss can pay for meals and train rides!

Jokes aside, the course has been more than an excuse for my first visit to Continental Europe, or a quick trip up to the extraordinary Swiss mountains. Personally, it satisfied more than of my curiosity; it presented an invitation to understand multilateralism and the international global order beyond misdirected clichés and misgivings.

It was also an opportunity to not only to have frank discussions with representatives from a sizeable alphabet soup of organisations, but to also connect with extraordinary people outside the course and pick their brains on sticky issues. Moreover, it was an incredibly interesting time to be in Geneva, with the World Health Organization debating whether to declare novel coronavirus a global health emergency; the UK’s divorce from the EU; and streams of backlash steadily emerging across the globe against the international legal order. 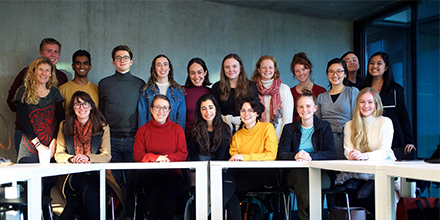 Various UN representatives have reiterated the need for optimism in the face of growing cynicism in public talks at ANU, often citing allegories in response to this cynicism including how traffic offences fail to completely undermine the law. My personal reflection from the course affirms this, but also points to a greater need for a reconsideration of our approaches to both optimism and cynicism by divorcing the former from lofty idealism while appropriately addressing the latter. In doing so, I suggest that we lean on an adage which not only still rings true but has a renewed relevance today: “Darkness makes the light shine.”

We must understand that cynicism and fallibility, while inevitable, underscore a need to redouble our efforts to celebrate and nurture the successes and the tangible positivity that abounds the international global order. For example, the resistance and rather overt aggression we observed during one state’s UN Committee on the Rights of the Child review was undeniably indicative of the limited “effectiveness” of the mechanism.

However, the state’s continued participation in the process had already brought important rights issues and had pressured its government into taking positive action to combat systemic nationwide issues. In contrast, the Universal Periodic Review of another state was markedly positive and deeply encouraging with the said state accepting most of the recommendations forwarded by attending states.

This should also remind us against slipping into the ease of pessimism and simple criticism, and direct us towards contemplating how change can not only be conceptualised but also made into reality. The presentations from the various representatives we met – and their frank reflections on their continued endeavours despite the troubling current state of global affairs – renewed my inner commitment towards pragmatic optimism.

Concluding this train of thought, I wish to stress that sunlight is often a poor disinfectant. In response, an onus falls on us to not only push for expanding narratives and championing causes, but also to engage in dialogues while bringing life to and actualising envisioned hopes and aspirations.

For students considering this course, it’s important to consider the commitments involved both in attending and planning around it. Its significant contact hours will definitely be huge highlights of your academic life, but they may also be overwhelming. 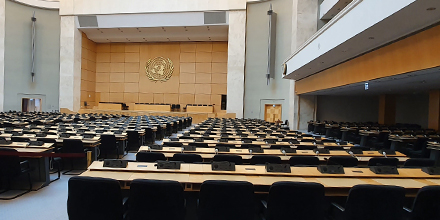 Planning for a contemporary and interesting essay topic is likewise challenging. I definitely recommend contacting the convener to at least explore potential essay topics as soon as you get an inkling of an idea. I was incredibly fortunate to have an essay topic and a general structure prepared and then approved before arriving in Geneva. This approach eliminated a significant source of stress, allowing me to fully enjoy the course.

I would also encourage students not to be completely discouraged by the ostensibly high financial cost of living in Geneva. I was incredibly fortunate that ANU allowed us to seek alternative accommodation options to the partnered hotel. This allowed me to share an Airbnb apartment with three other students, not only saving quite a tidy sum of money but also allowing me to have created unforgettable, very pleasant memories with the best housemates I have had.

While Geneva’s expensive reputation is well justified, there are discount supermarkets and restaurants with excellent food that won’t break the bank for those willing to explore.

Lastly, I would deeply encourage applicants to dive into the course with minimal expectations and an open mind; ask questions, be hungry for answers, and be prepared to be introduced to peripheral yet fascinating topics. We were very fortunate to have a look at non-UN topics including an interesting presentation on the taxation of robots, and a very frank presentation on Geneva Call’s work with Non-State Armed Groups.