Home » How the Open Government Partnership can usher in a new era of transparency, public trust

How the Open Government Partnership can usher in a new era of transparency, public trust 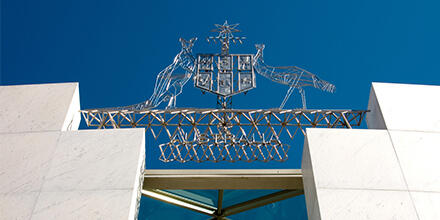 All levels of government need to commit to a neutral, independent, public and reasoned process of scrutiny, especially to the regulation of transparency and accountability of government itself.

Although the Federal Government might not consider a pandemic to be the best time to consult with the public on legislation establishing a Commonwealth Integrity Commission, there is one public consultation occurring now that might have the potential to transform transparency and accountability of government.

That first plan included a commitment to review the national integrity framework, including the jurisdiction and capacities of key anti-corruption bodies, to “strengthen Australia’s ability to prevent, detect and respond to corruption in the public sector”. According to the government’s dashboard reporting on progress to date, that commitment remains ‘delayed’.

The second national action plan, released in October 2018, also included a commitment to strengthen the national anti-corruption framework, continuing the then on-going review and responding to the report of the Senate Select Committee on a National Integrity Commission. Again, that commitment remains ‘delayed’.

The dashboard puts the delay, in part at least, down to the government’s announcement, in December 2018, less than two months after releasing the second national action plan, of plans to establish a Commonwealth Integrity Body. In making that announcement, the Attorney-General Christian Porter stated that work on the proposed commission had commenced in January that year.

Submissions to the initial consultation closed on 1 February 2019. An exposure draft of legislation was purportedly put to the Attorney General last December, but consultations were delayed, initially by the holiday period, and more recently by the pandemic.

As part of its membership of the partnership, Australia has established a forum consisting, currently, of seven members from civil society, including Dr Ken Coghill, who has been acting as an interim co-chair for over 18 months. There are seven representatives of Commonwealth government departments and agencies as well as Elizabeth Tydd, CEO, NSW Information and Privacy Commission.

As part of its role, the OGP Forum reportedly allows government and civil society members to work together to monitor the implementation of national action plan commitments, lead the development of future action plans, and raise awareness of the open government generally. During the development of the 2018 action plan, including consultations throughout Australia, there was no suggestion by any government representative that a Commonwealth Integrity Body was being considered. Civil Society members, in their introduction to the second national action plan, pointed to the lack of any commitment to a national integrity commission.

Strengthening the national anti-corruption framework is not the only delayed commitment. Publish What You Pay Australia recently released a report on ‘Lifting the veil on the companies that stand to benefit from Morrison’s gas-led recovery’, discussing the role that a beneficial ownership register might play in identifying who stands behind corporate actors.

The commitment in the first action plan to providing relevant authorities with beneficial ownership information is still awaiting a government decision. A related commitment to pursue membership of the Extractive Industries Transparency Initiative has also been stalled since mid-2017. A commitment to improving the transparency of political donations and election funding has also been delayed for over a year.

The first action plan included ensuring that Australia’s information access laws, policies and practices are modern and appropriate for the digital information age. Recommendations following a two-day ‘policy jam’ were put to government in December 2017, and then again in March 2018. We do not know what those recommendations are. The still-recent Independent Review of the Australian Public Service, itself the subject of its own commitment in NAP2, repeated the calls for “a review of privacy, FOI and record-keeping arrangements to ensure that they are fit for the digital age” (recommendation 8).

Other commitments have similarly highlighted important areas of reform without making a significant impact. Steps to improve the discoverability and accessibility of government grants have not prevented concerns arising over grants made under the Community Sport Infrastructure Program, the so-called sports rorts affair. Transparency International Australia’s Exporting Corruption report suggests that Australia needs to do more to tackle foreign bribery despite that being the subject matter of a first action plan commitment to combat corporate crime.

Each national action plan cycle runs for two years. The current plan was supposed to end in August this year, but was extended with the pandemic. The Federal Government, to its credit, did not take up the offer from OGP to stall development of the next action plan for another year, choosing instead to extend the current plan only until December. Daniel Stewart is a senior lecturer and the independent Research Monitor for Australia as part of the international Open Government Partnership.

Two years, even without a pandemic to deal with, is not a long time to develop and implement substantial reform. In Australia’s case that has meant some commitments have been continued or amended over successive action plans. Examining opening up of government contracting has been included in both action plans to date.

Commitments relating to releasing government data and addressing concerns about data sharing and release have morphed into a single commitment to improve the sharing, use and reuse of public sector data. This is now reflected in current consultations on the Data Availability and Transparency Bill 2020 – another example of complex reform that is ongoing during the pandemic. Whether that consultation process, and the commitment generally, will increase government use of our personal information without impeding trust, is yet to be seen.

The Open Government Partnership is not intended to be a ranking exercise between countries, but a process in which each government gradually ratchets up reform. Its aim is to encourage governments to be “sustainably more transparent, more accountable, and more responsive to their own citizens, with the ultimate goal of improving the quality of governance and government services”.

As part of that process, the Independent Reporting Mechanism (IRM) reports on the design and implementation of the national action plans, commenting on the nature and scope of the commitments and stages of completion. That is where I come in. As the independent Research Monitor for Australia as part of the international Open Government Partnership, I have just released a draft report on the design of NAP2, which is currently open for public comment.

As part of that reporting process, I have highlighted the limited ambition of many of Australia’s commitments to date. While they might concern important areas of government transparency and accountability, the commitments have not actually committed to much in the way of substantive reform. Only two of the eight commitments in the current action plan were assessed as having the potential for more than a minor impact. Relevance to open government might hinge on some largely unspecified form of public consultation, recommendations to government that follow may not be made public, and even if they are adopted could just lead to further review. As I state in my design report on NAP2:

Other recommendations in my IRM reports have included developing a coherent whole-of-government approach to open government including reporting on consistency of proposed major government reforms with open government values and independent evaluation of their implementation. The relative independence and capacity of integrity agencies, including the Office of the Australian Information Commissioner, National Audit Office, and National Archives of Australia, need to be assured. Review of the transparency, accountability and effectiveness of national security reforms is needed. Other thematic areas, including use of emerging technologies, establishing a voice to parliament, and public sector whistleblowing and open and accessible justice reforms, have also been highlighted as being suitable for inclusion in the open government partnership process. There is also the potential to extend the process to include States and Territories as well as parliamentary and judicial institutions. 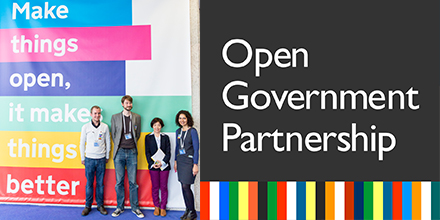 But the strongest recommendations in my reports, echoing submissions to the national action plan development consultations as well calls by the civil society members of the forum, is to increase public commitment to open government at the highest levels of government. The involvement of government ministers, in both individual initiatives and the OGP process itself, would draw more attention to the process and encourage involvement of a broader and more diverse range of voices in the reform process. But more importantly, it would increase the accountability of government to their commitment to open government generally.

In March 2019, well before the pandemic hit, the Independent Review of the Australian Public Service commented:

The [Australian Public Service] is too often perceived by stakeholders to be a closed book, reflecting a risk-averse culture, reluctance to provide information and sometimes tokenistic approaches to consultation. Sharing more of its work with partners, and genuinely listening to and acting on their insights, will help deliver better outcomes and earn public trust.

Trust is hard-earned. It involves vulnerability and choice – even though we may be subject to harm, we choose to trust anyway – on both sides. To earn our trust our government institutions need to be willing to expose themselves to criticism when they have a choice, or a reason, not to. All levels of government need to commit to a neutral, independent, public and reasoned process of scrutiny, especially to the regulation of transparency and accountability of government itself. That would be ambitious but, in my view, potentially transformative of open government.

Daniel Stewart is a senior lecturer and the independent Research Monitor for Australia as part of the international Open Government Partnership.