Home » How blockchain and smart contracts are driving a legal revolution

How blockchain and smart contracts are driving a legal revolution 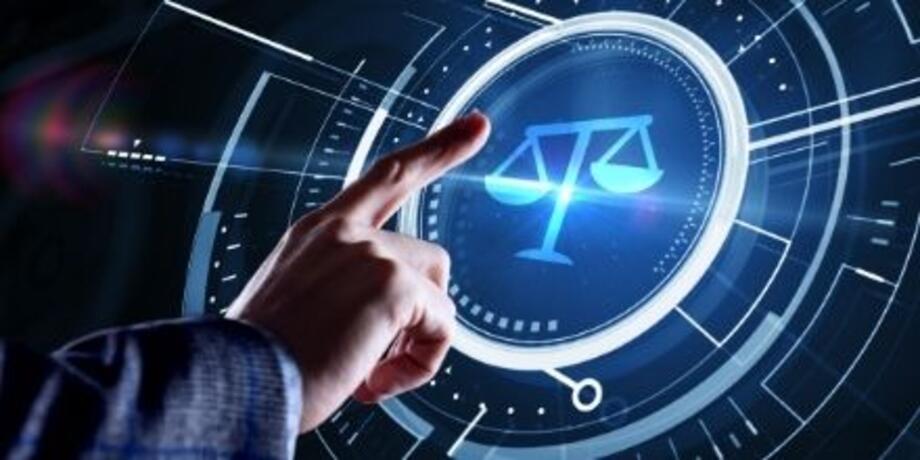 From 'smart statutes' to 'smart contracts', new technologies are revolutionising the legal profession even if their uptake has been gradual in Australia.

My hope is that this technology mix of blockchain, smart contracts, and digital assets can be a new institution for social scaling, a new way for complete strangers to collaborate without the traditional intermediaries.

Traditionally, the legal profession hasn’t been synonymous with technological innovation; pen-and-paper contracts, complex legislation and a pyramid model of junior lawyers supporting senior associates and partners have long been the norm.

But Scott Chamberlain, an entrepreneurial fellow at The Australian National University (ANU) College of Law, believes the law is capable of being much more dynamic. His research, which focuses on legal technologies, such as blockchain and smart contracts, offers a glimpse into how the law can better serve our needs in the future.

“My hope is that this technology mix of blockchain, smart contracts, and digital assets can be a new institution for social scaling, a new way for complete strangers to collaborate without the traditional intermediaries,” says Mr Chamberlain, who received US$1 million in research funding from US-based cryptocurrency exchange platform Ripple in 2019.

“In the legal sphere, this would mean better matching legal rights to real-world outcomes, improving access to justice by scaling how people meet their obligations and safeguard their rights.”

While blockchain is used by some of the world’s largest corporations to record peer-to-peer transactions and provide decentralised data storage, its uptake in Australia has been slow compared to the United States. Similarly, smart contracts, or self-executing agreements with terms that are coded and stored on a blockchain, are largely unprovided for in Australian legal frameworks.

“The technology is slow, complicated and not at all intuitive enough for mainstream adoption by a population used to the elegance of modern consumer apps,” says Mr Chamberlain.

Scott Chamberlain's project, Lex Automagica, is a tech stack automating legal processes that he envisions will allow society to 'run like clockwork'.

However, he adds that smart contract technologies are “changing rapidly” in an “incredibly dynamic space”.

“We’ve all made deals that the other party has not honoured, and we’ve had to tolerate it because enforcement is too expensive or risky or useless,” he explains.

“As distributed computer systems become more ubiquitous, we will see the growth of smart contract platforms that digitise and automate relationships and transactions. These platforms will grow in acceptance because they will efficiently deliver predictable outcomes everyone can live with.”

In addition to smart contracts, Mr Chamberlain also sees promise in “smart statutes”, or laws published as code, not text, that people can use to discharge their rights and obligations. In areas such as consumer protection law, he suggests that this could be very effective.

“Part of the problem is the power imbalance that comes from the retailer already having your money while all you have is an unsatisfactory good or service… Using [smart statutes], it would be possible to have a national platform where payments are held in escrow,” he says.

“The money isn’t yours but nor is it yet the retailers, but it would be released automatically if you don’t return the product within a defined period. Everyone’s risk would be better managed, and we’d need fewer rights because we’d have more certain outcomes.”

But despite the promise that legal technology offers, Mr Chamberlain doesn’t anticipate that conventional “pen-and-paper” contracts will be a thing of the past any time soon.

“Traditional contracts are very flexible, relatively cheap, and reasonably accessible. Anyone can make a contract anytime they want that says almost anything they want. Trying to make machines do similar work takes time, money, and vastly more expertise,” he says.

In the short term, smart-contract technology is in an "experimental phase, trying to discover what works”. He flags projects involving getting money without a central bank, deals enforced without courts, financial services without licensed dealers, assets tracked without government registries all as exciting possibilities.

In the longer term, however, Mr Chamberlain anticipates a more fundamental pathway to modernisation.

“Who can say what wholly new and as-yet-unimagined ways of doing things may emerge. But any successful solution will have a common theme: it will empower us to do more with less, instead of the disempowerment that comes through over-reliance on omnipotent middlemen like correspondent banks, ossified bureaucracies, deadlocked governments, and social media panopticons.”

As evidence that momentum is growing around blockchain and smart contract uptake, this month Mr Chamberlain has been invited to give evidence to the Senate Select Committee on Australia as a Technology and Financial Centre. This is in addition to his previous submission to the Committee earlier in June 2021.