Home » Furthering a legacy of collegiality, ambition and integrity

Furthering a legacy of collegiality, ambition and integrity 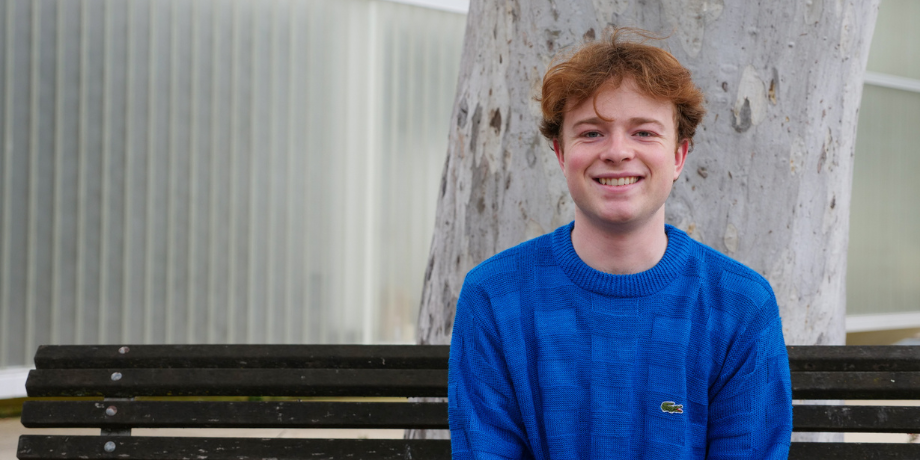 Riley Curtain, a Phillipa Weeks Scholar at the ANU College of Law, moved from Hobart, Tasmania to study in Canberra.

For Riley Curtain, being awarded the Phillipa Weeks Scholarship in Law from The Australian National University (ANU) has afforded him a certain degree of freedom as he adjusts to life far away from his hometown in Tasmania.

“There is no going past the fact that receiving the scholarship has allowed me to focus more on my passions, getting to know Canberra and the people who call it home, as well as affording me the option to take my time in figuring out what it is I want to study and pursue,” Riley said.

“Moreover, it is always an honour to be trusted with furthering the legacy of such an influential character from the past of both the ANU and its law school.”

The Phillipa Weeks Scholarship supports rural, regional and remote students who aspire to obtain a law degree at ANU.

The scholarship was established in memory of the late Phillipa Weeks (BA (Hons) '74, LLB (Hons) '79, LLM '87), a much loved and respected former ANU Law student and professor.

“The legacy of Phillipa Weeks seems awe-inspiring; a kind, humble and prodigiously intelligent woman of many talents,” Riley said.

“To celebrate Phillipa’s legacy requires a continuance and support of the values which she so embodied; an academic and hopefully professional career characterised by collegiality, ambition and integrity, to name a few of the many aspects of the legacy Phillipa Weeks has left us, would ensure her positive influence on the ANU, the law and Canberran academia continues.”

Riley moved to Canberra from Hobart in early 2022 to commence his Bachelor of Laws (Hons)/Economics degree.

“I have always loved Hobart and living there, and I still return as often as possible to see my family,” he said.

However, Riley said there are a “limited number of opportunities in a restricted range of fields” in regional areas such as Tasmania.

“It is not to be misunderstood, however, that there are no opportunities in Tasmania; it is a place rich with incredible people, brilliant art and a fantastic atmosphere, and many people make astounding careers and lives out of what Hobart and Tasmania have to offer,” Riley said.

“I felt, though, that I could expand my horizons at ANU, and I feel I have already been able to do just that.”

Riley explained how there are many opportunities in the nation’s capital, which aren’t available elsewhere.

“As boring as it may sound, Canberra and the University’s proximity to the government and all of its apparatuses is unrivalled anywhere else in our country,” he said.

“Moreover, after completing a semester, it has become increasingly clear that the ANU law program differs from any other; our Foundations of Law course made this abundantly clear with its focus on both legal understanding, but also Australia’s complicated and shameful past with law of all forms, Indigenous included.”

Since moving, Riley has found living in Canberra to be “really rewarding”.

“I work part-time at an art gallery with an incredible boss, I have made some incredible friends and become quite fond of the place itself,” he said.

“I often describe Canberra as a ‘taller Hobart’ – I really don’t find the two capitals fundamentally dissimilar, aside from the stark contrasts in age and size. I have found Canberra increasingly feels like a second home.”

Before coming to Canberra, Riley completed a brief tenure at the Tenants’ Union of Tasmania.

“Continuing my work in this space was a priority for some time,” he said.

“In all honesty however, as I learn more, I become less sure as to where it is I want to start.”

Still in the first year of his degree, Riley has plenty of time to figure out his next steps after graduation, however he plans to undertake some form of postgraduate study.

“Post-graduation likely looks like more study for me; I think I may want to move into the public policy space, and so may continue on here,” he said.

“I had, for some time, planned to complete my undergraduate studies in Germany after being awarded a scholarship that assisted with this process, among other things. Perhaps my postgraduate study could be there instead!”

But for now, the support Riley has received through the Phillipa Weeks Scholarship has helped him settle into Canberra and find a manageable work-life balance.

“It is always stressful at times, but I have found that the freedom my scholarship has given me means that I don’t have to spend so much time working, and so can spend my time doing other things.”