Envisioning success, no matter the challenges 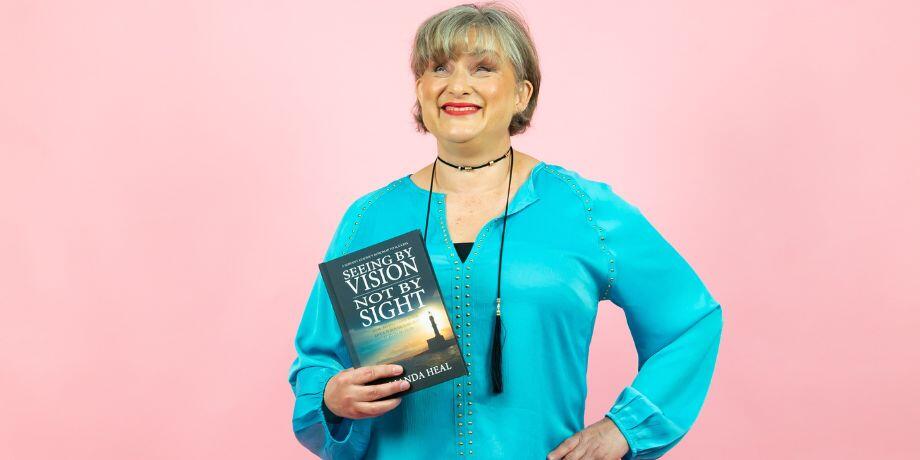 Amanda Heal (BComm/LLB (Hons) '96) has dedicated herself to helping others overcome challenges in their lives and careers by finding their life’s purpose.

There is a common misconception that blind people can’t do the same jobs that sighted people can. People don’t realise how many tasks we can do using technology, and this is improving every day.

If you’ve ever wondered whether there is truth to the adage ‘persistence pays off’, look no further than Amanda Heal (BComm/LLB (Hons) ’96). Shortly after being born 14 weeks premature and weighing just 750 grams, she was diagnosed with retrolental fibroplasia.

Despite being born blind, Amanda was driven to help others from a young age. She wanted to be a nurse when she was five before turning her focus to physiotherapy after a positive work experience placement in high school.

When she discovered it wasn’t possible to train as a physiotherapist in Australia at the time (the Disability Discrimination Act 1992 (Cth) wouldn’t be introduced until four years later), Amanda relocated from Canberra to London where she trained at a school for blind people.

“Things didn’t work out in London, and it was suggested that I come back to Australia and study something more academic. My aunt suggested that as I ‘had a good brain’, I should study law,” recalled Amanda.

“On returning to Australia, I was told that I didn’t have the marks to get into law and so I started my commerce degree (at The Australian National University) and forgot about it.”

A turning point came during Amanda’s second year when she studied Introductory Business Law – a course she “absolutely loved” that persuaded her to try and transfer again. This time she was successful under one condition from then Dean, Emeritus Professor Don Greig FASSA: she couldn’t drop her commerce degree. 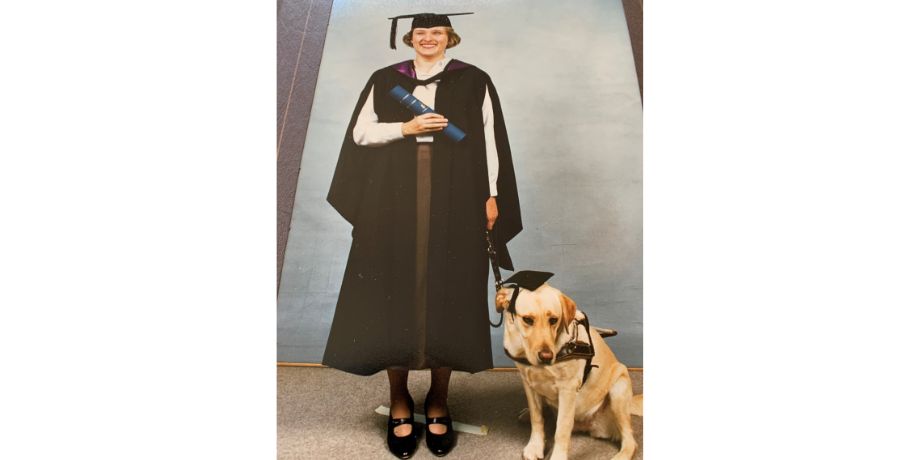 Amanda Heal at her graduation from ANU in 1996 with her guide dog.

Amanda soon felt at home at the law school; group study sessions on the lawns and coffee catch-ups at Caterina’s Café fostered a sense of community with her classmates. One of her most influential academics was Charles Rowland, who taught her Introductory Business Law, Commercial Law, and Succession.

“He had a knack for telling stories and bringing the cases to life. I’d sit there with my coffee and snack bar, and lose myself in the case stories, almost forgetting to write down the legal points,” said Amanda.

However, completing a double degree in the pre-Internet age as a blind student presented significant challenges. Few loomed bigger than the voluminous readings.

“In the early days, my father and I would spend hours photocopying textbooks, and distributing these to an army of volunteers who would then read them onto cassette tape,” explained Amanda, who used to buy cassette tapes in boxes of 100.

Later, she acquired a document scanner and would spend hours scanning textbooks into text files that could then be read on a computer with an in-built speech synthesiser. Of course, there were other barriers – including ‘bricks’ of case materials and highlighted pages of library books that couldn’t be scanned – but each time Amanda found a solution, no matter how time-consuming or painstaking the process.

Career as a government lawyer

After completing her Bachelor of Commerce/Laws (Hons) and practical legal training at ANU, Amanda applied for graduate jobs. In total, she wrote 147 job applications to firms and organisations – none of which was successful.

Her fortunes changed when she received a phone call from a friend at ANU asking if she wanted to work as an in-house lawyer at Comcare, the national authority for work health and safety.

“I loved the work,” Amanda said of the opportunity that marked the start of her 17-year career as a government lawyer.

“I got to do everything from writing legal advices, to instructing law firms in Administrative Appeals Tribunal cases, to commenting on IT leases.”

Amanda broadened her experience by working in the legal policy department of the then Department of Employment and Workplace Relations. Again, she encountered challenges ranging from the political nature of the work to bullying from a supervisor. Again, she demonstrated her resolve to persist against all odds.

Amanda describes her subsequent posting at the Commonwealth Director of Public Prosecutions, where she drafted requests to other countries to obtain evidence for use in Commonwealth trials, as “the happiest years of my career”.

A decade after graduating from ANU, Amanda achieved a long-held goal by joining the Attorney-General’s Department as a legislative drafter where she would spend the next seven years. 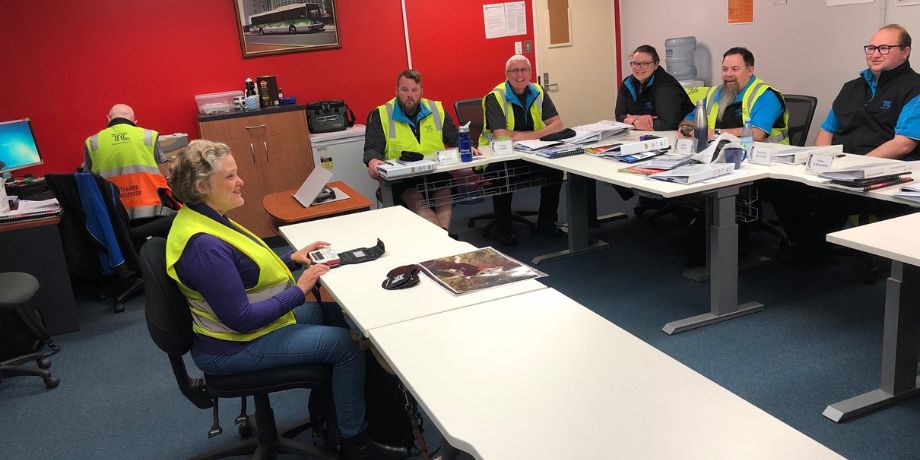 Following her 17-year career as a government lawyer, Amanda Heal has embarked on a new pathway as a keynote speaker and author.

Setting sights on a new direction

After an unexpected redundancy in 2014, Amanda pivoted in a new direction as a keynote speaker and author. She has authored a book, Seeing by Vision Not by Sight, that aims to encourage others to fulfill their potential in work and life.

In keeping with her desire as a young girl, her mission today is simple: to help other people.

In addition to helping people find meaning in their life and work, Amanda’s achievements demonstrate the important contributions people with disability can bring to their work despite lingering stigmas.

“There is a common misconception that blind people can’t do the same jobs that sighted people can. People don’t realise how many tasks we can do using technology, and this is improving every day,” she said.

“Every year (at university), I’d have to sit in the offices of panicky lecturers and explain that as long as they got handouts to me as early as possible, and let me record their lectures onto a cassette tape or take notes on my laptop, everything would be fine. Employers were the same, and I often had to demonstrate my technology during follow-up interviews. I think the only solution is educating the wider community about the abilities of people with disability.”

Learn more about Amanda Heal’s speaking services and her book, Seeing by Vision Not by Sight.