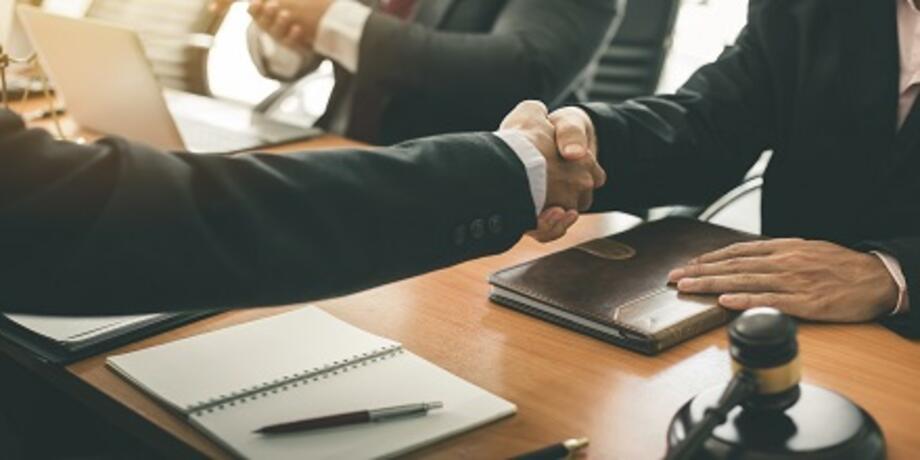 As you might expect, the process of negotiating, discussing and drafting treaties involves voluminous documentary evidence. There are preparatory documents, documents detailing the history of drafting and negotiating, positions papers, contributions from non-State actors, and much more.

But how should treaty interpreters assess the role and value of these materials when interpreting treaties? How can qualitative features of ‘supplementary means’ be measured? And what implications does the misuse of such documents in interpretation have for international law? A new research article co-authored by international law scholar Associate Professor Associate Professor Esmé Shirlow with Professor Michael Waibel from the University of Vienna explores these questions and more.

The article, published in The British Yearbook of International Law, is titled 'A Sliding Scale Approach to Travaux in Treaty Interpretation: The Case of Investment Treaties' and proposes a methodology to guide a more structured identification and use of negotiating records in treaty interpretation.

In this Q&A, Dr Shirlow further explains what makes this topic important and how this research relates to her other work.

1. What does this article explore?

Materials produced during the negotiation of treaties, commonly called travaux préparatoires, are given formal significance as a ‘supplementary means’ of treaty interpretation under Article 32 of the Vienna Convention on the Law of Treaties (‘VCLT’). Negotiating records present both risks and opportunities for treaty interpretation, and international adjudicators have differed in how they define the rationale for referring to negotiating records, how they use these materials, and even more fundamentally, what materials they classify as a ‘supplementary means of interpretation’.

Our article develops a methodology to guide a more structured identification and use of negotiating records in treaty interpretation. Under our proposed sliding scale approach, treaty interpreters would assess the utility of a given material to the interpretive exercise by reference to its precise qualitative features and the context of interpretation, rather than through a binary approach (by categorising materials as ‘supplementary means’ or not). The article uses the interpretation of investment treaties in investor-State arbitration as a case study to illustrate the proposed approach and its utility. The discussion, including the proposed sliding scale approach, is nonetheless equally relevant for interpreting all manner of treaties.

2. Does it build on any of your previous research?

The article builds on the previous work of both myself and my co-author, Professor Michael Waibel, including on other aspects of treaty interpretation and on transparency in international law-making. The idea for this paper grew out of experiences in practice, including through work on investment treaty claims. Many early investment treaties are not accompanied by particularly good records of the negotiations, and this has hampered the efforts of both States and investors to interpret the treaties that may be implicated in investment disputes. It has also produced divergent approaches by tribunals that are required to assess the potential relevance to treaty interpretation of diverse types of records and to regulate the access of investors to those records through document discovery processes.

3. Does this article relate to any current courses you are teaching? If so, which ones?

In 2019, I convened Advanced International Law (LAWS4264) and included several weeks of content on treaty interpretation. In one of these weeks, we discussed uses of supplementary means like negotiating records in treaty interpretation, and I presented the sliding scale approach developed in this article so that the students could use it as a basis for discussion and as a framework for understanding the range of approaches adopted by international courts and tribunals to this interpretive source.

4. Why is this an important article?

Increased transparency of negotiations has led to a growth in the formality and public accessibility of the materials produced by States that precede the creation of treaties. An important corollary of the spotlight under which treaty negotiations are being placed is an increased likelihood that States will generate and make publicly available more detailed records than were previously available relating to the drafting process and intentions underlying their treaties. States are increasingly, for example, publishing negotiating records and position papers, inviting involvement in negotiations from non-State actors, and seeking to make provision for greater parliamentary oversight of treaty negotiations or approval. This is likely to lead to a greater availability (and possibly relevance) of negotiating records for use in the interpretation of treaties.

At the same time, this practice increases the risk of misuse of negotiating records and ensuing misinterpretation. In particular, these developments do not mean that the challenges associated with using negotiating records – including potential incompleteness, inconclusiveness, failure to consider a matter, or silence – will disappear. In some cases, the salience of these challenges may decline, but in others they could increase because even voluminous negotiating records are frequently incomplete, inconclusive or silent on a given matter. While the more transparent negotiation of treaties is intended to assuage concerns at the negotiation phase about the legitimacy of treaties and their associated dispute settlement mechanisms, the precise impacts that the growing volume of materials has beyond the negotiation phase is an open question. In these circumstances, how international courts and tribunals use such materials during treaty interpretation attains crucial significance. Against this background, our article considers existing adjudicative practice and approaches to balance the risks and opportunities associated with the increasing availability of negotiating records into the future.

5. How does it impact current events, debates or academic controversies?

Negotiating records have the potential to offer insights into the intentions underlying the open-ended provisions frequently found in investment treaties. At the same time, the article cautions that the unstructured use of negotiating records – including circumstances in which tribunals fashion their own ad hoc approaches outside the strictures of the VCLT – could in itself undermine any such potential legitimacy gains. The article, in particular, highlights key ways in which the use of negotiating records could destabilise the investment treaty system.

First, we argue that overbroad and undisciplined characterisations of what constitutes ‘supplementary means’ of interpretation have the potential to empower respondent States to submit into evidence self-serving statements and documents that the claimant then has little possibility to rebut.

Second, we argue that restrictive approaches to the discovery of negotiating records risk a situation in which only one party to the proceedings before the tribunal has the means available to it to examine and assess the relevance of these materials, and subsequently to deploy those materials in aid of its case.

6. How does it relate to other current projects you are working on?

In 2019, Kiran Nasir Gore and I co-edited a special series on Kluwer Arbitration Blog, to mark 50 years since the VCLT was adopted and opened for signature. Professor Waibel and I contributed a post to this series, drawing on our article. Kiran and I have subsequently signed a book contract with Kluwer Law International to produce an edited collection that draws and expands on this blog series, which will be coming out later this year. As part of this collection, myself and Professor Waibel have contributed a chapter developing and extending our sliding scale approach to discuss how it would apply to other – less common – ‘supplementary means’ of interpretation like prior cases interpreting similar treaty provisions.