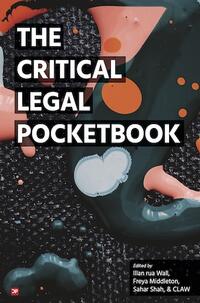 The Critical Legal Pocketbook provides the tools for law students to uncover the hidden intricacies of law. Law creates an ethical and rational facade for itself, but beneath the surface you will find that it has its monsters; the leviathan of the state, the golems of racism and misogyny, the hydra of coloniality, the vampire of capitalism. These roam throughout law’s subterranean structures. At the same time, law is often painted as a heroic defence of the innocent against these terrors. Legal education likes to forget the ways that law was essential in generating structures of domination and subjection.