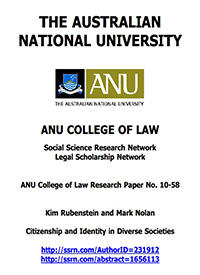 Citizenship and Identity in Diverse Societies