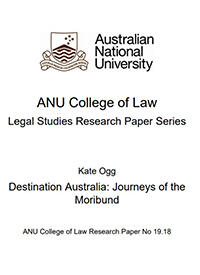 Destination Australia: Journeys of the Moribund

Australia sends many of those who come in search of refuge to regional processing centers in Nauru and Manus Island, Papua New Guinea. Most of these asylum seekers and refugees want to continue their journey to Australia but the Australian Government has vowed that none will be given protection in Australian territory. However, there have been recent developments in the Federal Parliament and Federal Court that have paved the way for certain asylum seekers and refugees in Nauru and Manus Island to come to Australia. In this chapter, I investigate these legislative and judicial developments and argue that they indicate that the place of human rights and international law is becoming increasingly peripheral in Australia’s refugee law and policy and instead transfers to Australia have become medicalized. Australia’s parliamentarians and courts have moved to protect asylum seekers’ physical and mental health but not the rights flowing to them as people, children, and refugees. Asylum seekers and refugees must be moribund before they can use legal processes to transfer to Australia and they come as sick people in need of medical care—not as bearers of legal rights. These developments hamper larger efforts to end or fundamentally reform Australia’s offshore processing regime. 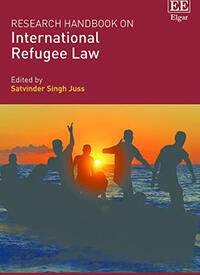 This chapter investigates new issues that have arisen in relation to article 1D of the Convention relating to the Status of Refugees (Refugee Convention), resulting from decisions by the Court of Justice of the European Union (CJEU) and New Zealand Immigration and Protection Tribunal (NZIPT). These judgments break away from earlier article 1D jurisprudence but there has been little analysis of the alternative approaches adopted. In theory, these precedents provide greater opportunities for Palestinian refugees to obtain the benefits of the Refugee Convention but in fact threaten the principle of continuity of international protection for Palestinian refugees. This is because the judgments adopt a skewed and narrow understanding of the meaning of ‘protection or assistance’ in article 1D and impose an evidentiary paradox by necessitating that Palestinian refugees prove that their decision to flee was involuntary. Further, the CJEU’s approach favours those who have heroic or intrepid narratives and this can serve to disadvantage Palestinian women and girls. Consequently, these decisions create additional and often-insurmountable barriers to Palestinian refugees seeking the benefits of the Refugee Convention not supported by article 1D’s ordinary meaning or the Refugee Convention’s object and purpose.