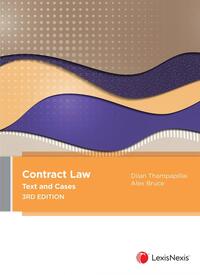 Contract Law: Text and Cases combines comprehensive academic commentary with extracts from key cases in a single volume. It provides students with the essential knowledge and skills in contract law to succeed in a law degree and in professional practice. The text is supplemented with review questions, problem-solving practice, and key points for revision.

The third edition has been revised and updated to include recent developments in case law and legislation. 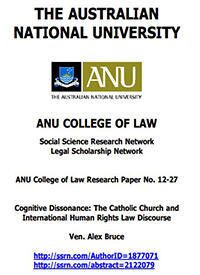 On 10 December 2008, the world celebrated the 60th anniversary of the Universal Declaration of Human Rights (‘the UDHR’). A formative influence on the UDHR was the Catholic social justice tradition and during his long pontificate, John Paul II described the UDHR as ‘one of the highest expressions of the human conscience of our time.’ John Paul II was repeatedly nominated for the Nobel Peace Prize for his emphasis on the importance of human rights.

However, after his death in April 2005, commentators began a concerted attack on the human rights record of the Church generally and John Paul II particularly. John Paul II had allegedly ‘waged a ceaseless war against human rights’, and had done ‘more to spread AIDS in Africa than prostitution and the trucking industry combined’. These attacks were deeply ironic given John Paul II’s consistently expressed fear that the liberal western democracies of North America and Western Europe were incubating a ‘culture of death’.

This article investigates the immense gap between these two positions by demonstrating how extreme cognitive dissonance has developed in characterising the contribution of the Church generally and John Paul II particularly to international human rights discourse. It will examine how critics are attempting to resolve this dissonance in their favour through their attacks on both the Church’s status in international law and on its teachings on particular human rights issues such as contraception and arresting the spread of the HIV/AIDS epidemic. This article will argue that these criticisms are characterised more by rhetoric than reason and as such, fail to understand the foundations of the Church’s views. As a result, the Church’s concerns about the ethical and philosophical underpinnings of various human rights initiatives of contemporary liberal democracies remain caricatured, misunderstood and ridiculed.

Given the prophetic nature of John Paul II’s warnings against a flourishing culture of death, the paper concludes that the ability of stakeholders, governments and Non-Governmental Organisations (‘NGOs’) to engage seriously with the Church in its continued presence in international law and in its approach to the philosophical foundations of international human rights discourse remains seriously flawed.

This article is intended as the first of two exploring whether, and to what extent an existing regulatory regime in the form of the new Australian Consumer Law ("the ACL") and the economic forces of informed consumer demand that it protects, can be employed to advance food animal welfare initiatives and the address practices associated with the religious slaughter of animals. 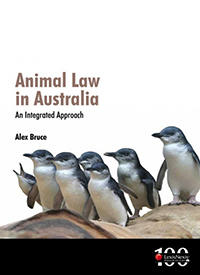 Written in a clear, engaging and accessible style, it is suitable as a teaching text for Animal Law courses, and for the wider legal community and general reader interested in animal welfare. This is the first Australian text to offer a truly integrated and comprehensive coverage of animal law issues. It combines the philosophical and ethical dimensions to animal law with the practical, legal and regulatory frameworks governing animals in Australia. It features a comprehensive, balanced coverage of animal law issues in Australia ensures readers will gain a solid understanding of the wider regulatory regime in Australia. Each chapter integrates the philosophical/ethical discussion with practical issues and the legal context to demonstrate the relationship between these dimensions, allowing readers to gain an understanding of the background driving current regulatory regimes. Chapters include clear learning objectives, stimulus questions and further reading to facilitate depth and breadth of learning for both students and the general reader. 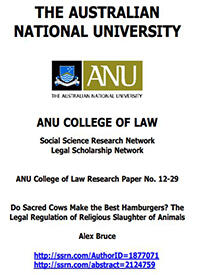 Do Sacred Cows Make the Best Hamburgers? The Legal Regulation of Religious Slaughter of Animals

There is now a significant body of literature demonstrating the close link between religious beliefs and the choices consumers make in their purchasing decisions. Studies into the relationship between religion and consumer preferences also demonstrate the formative role that religion plays in influencing the choice of food consumption.

Despite recent and more sophisticated scientific studies suggesting that animals experience more pain when slaughtered by religious ritual, the practice is not likely to be prohibited. Although there is a general movement in Western societies toward increased recognition of animal interests and welfare, there is no philosophical consensus attributing sufficient weight to the interests of animals that would outweigh human rights claims recognised through freedom of religious practice. 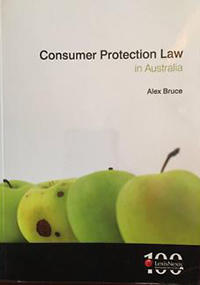 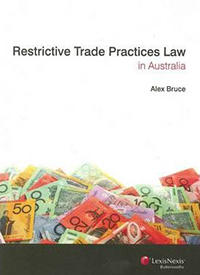 This new textbook provides an engaging treatment of Australian competition law and is ideal for those studying the subject for the first time. Written in an explanatory and lively style, the text fosters a sound understanding of the legal principles of competition law in Australia and demystifies the economic concepts underpinning the law. The work focuses on the contemporary situation, including the recently enacted criminal and civil regime governing cartel conduct, and also explains the historical context using analogies from popular culture. 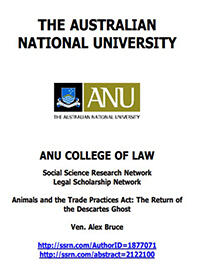 Animals and the Trade Practices Act: The Return of the Descartes Ghost

French philosopher Rene Descartes thought animals were little more than inanimate objects without the capacity to think or feel pain. At the time, Descartes was influenced by the prevailing mechanistic conception of the natural world in which phenomena could be explained in simple mechanical terms.

This article examines the way in which the Trade Practices Act has been utilized by various litigants when the interests of those litigants have involved animals. It suggests that the dominating philosophical influence of the Act is grounded in Cartesian principles, thus making no differentiation in principle or application between animals and other inanimate objects as economic goods.