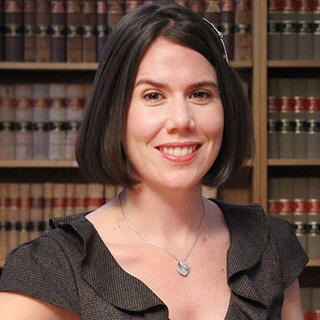 In an effort to slow the spread of COVID-19, Australia has restricted entry to most non-citizens. Some countries, such as Columbia and Ghana, have taken stricter measures and completely closed their borders. The United Nations High Commissioner for Refugees has stated that any travel restrictions must respect the principle non-refoulement. Non-refoulement encompasses obligations not to return a person to a place where they may face torture or cruel, inhuman or degrading treatment or punishment, and not to expel a refugee to a place where their life or freedom would be threatened. There has been no analysis of which types of COVID-19 travel bans may be in breach of non-refoulement. The legal considerations will be different with respect to which non-refoulement provision applies and whether the travel ban involves a land border closure or a country refusing to allow a non-citizen to board a plane destined for its territory.

Do non-refoulement obligations clash with other international law obligations?

This raises the issue of how international law responds to conflicting obligations. Non-refoulement in the context of torture is an absolute right, meaning there are no exceptions, permissible limitations or possibilities of derogation in public emergencies. The prohibition of torture is also a jus cogens principle. Thus, even in the context of a pandemic, States must honour their obligations with respect to torture under the Convention against Torture (CAT), article 7 of the ICCPR and customary international law. States can both protect public health and respect non-refoulement by, for example, using quarantine measures for asylum seekers and doing online asylum interviews.

The non-refoulement provision in article 33(1) of the Refugee Convention is not absolute. Article 33(2) states that it does not apply to a refugee whom there are reasonable grounds for regarding as a danger to the security of the host country. States cannot rely on this provision to refuse to hear asylum claims made at their borders or admit nationals of particular countries in response to the COVID-19 pandemic. Article 33(2) is an individuated clause, meaning there must be reasonable grounds to suspect a particular refugee poses a danger – a refugee cannot be denied the benefit of non-refoulement merely because of nationality or affiliation.

Even if a refugee has COVID-19, this would not come within the meaning of a danger to the security of the country which, Hathaway argues, means “substantial harm to the host State’s most basic interests, including the risk of an armed attack on its territory or its citizens, or the destruction of democratic institutions”. No such threat is posed by a refugee infected with COVID-19.

Even if a refugee has COVID-19, this would not come within the meaning of a danger to the security of the country.

Which travel restrictions are a violation of international non-refoulement obligations?

Denying a person entry at a land border or airport without providing them with an opportunity to claim asylum is a breach of a state’s non-refoulement obligations. Thus, border closures such as those at the Columbian and Venezuelan border are in violation of non-refoulement if authorities do not allow for asylum claims to be made. Similarly, if states are denying entry at airports located in their territory to foreign nationals without providing the opportunity to make an asylum claim they are acting inconsistently with their non-refoulement obligations.

If a person is prohibited from travelling when they are still in their homeland, this may not be a breach of non-refoulement under the Refugee Convention. A person is not a refugee and not entitled to non-refoulement unless they are outside their country or origin or habitual residence. Nevertheless, the Refugee Convention’s non-refoulement provision could be triggered if prohibition on travel occurred in a third country – for example, if an Afghani refugee made her way to Singapore but an Australian airline refused boarding. If a person is barred from international travel this can be a breach of non-refoulement provisions in the CAT and ICCPR even if they have not left their homeland.

COVID-19 travel bans may also affect people already given refugee protection. An Iranian citizen with an Australian protection visa was refused permission to board a flight from Indonesia to Australia due to COVID-19 travel restrictions. Australia eventually gave him permission to return but many states have announced policies prohibiting entry to all or most foreign nationals without making exceptions for those to whom they have given protection. Refusing entry to these persons may be a violation of article 33 of the Refugee Convention as well as article 32(1). Article 32(1) provides refugees who have been in the host state’s territory for some time an additional non-refoulement right: they cannot be expelled except for national security and public order ground. The Refugee Convention drafters explicitly stated that ill health does not come within the meaning of national security or public order. Thus, a refugee who has the benefit of this provision cannot be expelled or refused entry even if infected with COVID-19.

Refugee law experts have expressed concern that COVID-19 will dismantle asylum law and policy. This analysis indicates that many COVID-19 travel restrictions are inconsistent with international refugee and human rights law but also that it is possible to both address the pandemic and protect refugee rights. 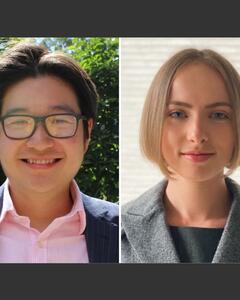 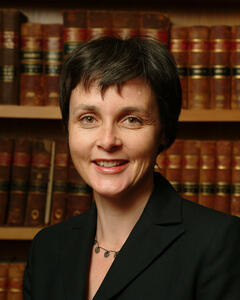