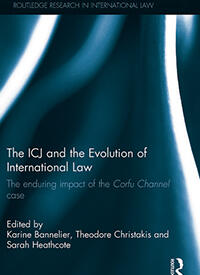 International law has long been infused with a vague commitment towards an indeterminate notion of humanity. An examination of humanity as a specific normative idea in the historical discourse of international law provides a platform for better understanding the rhetorical and substantive meaning of ‘elementary considerations of humanity’ in the seminal Corfu Channel case, as well as Judge Alverez’s use of the more affective (and perhaps honest) term ‘sentiments of humanity’ in his separate opinion. With the Court otherwise silent as to the content, scope and status of the principle, such background informs the judicial attitudinal stance taken towards this apparently ‘self-evident’ principle, as well as the values which the Court and other international tribunals would subsequently bring to their norm creation and enforcement roles, not least with respect to general principles as a source of law. Drawing upon the work of Koskenniemi and the analyses of the Martens clause by scholars such as Meron and Cassese, the chapter places particular emphasis on the political, normative and empathetic potential of the term, and its inherent relationship to a foundational, essentialist and idealistic notion of humanity which continues to gain strength in the discipline.