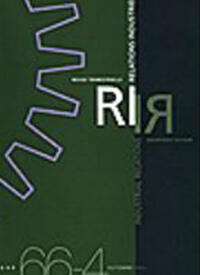 The Australian Labor government’s recognition of collective bargaining under its Fair Work Act 2009, and its efficiency drive from late 2011 across the Australian Public Service (APS), presented the Community and Public Sector Union (CPSU) with an opportunity to explore means of union renewal following a decade of conservative governments focused on union exclusion. An expanding budget deficit in 2011 placed considerable financial constraints on Australian government revenue. The Labor government increased the annual “efficiency dividend”, or across the board cuts in funding, from 1.5 per cent in May 2011 to 4 per cent in November 2011 as it attempted to achieve a budget surplus. This placed considerable pressure on agency management to remain within tight constraints on wage increases and to find budget savings, resulting in growing job losses from 2011. There was also considerable central oversight over bargaining outcomes throughout this bargaining round, with the Australian Public Service Commission (APSC) involved at all stages of the agreement-making process, to the frustration of many agencies and the CPSU. Nevertheless, throughout the 2011-12 bargaining round, the CPSU worked with its members to develop creative forms of industrial action, such as one minute stoppages in the Defence department. The union also mobilized an overwhelming majority of APS employees to vote “no” in response to initial offers put by agency managements. In addition, the CPSU focused on winning bargaining concessions in politically sensitive government agencies and then flowing these concessions to other agencies. Typical of this approach were the agreements reached in the Immigration department and Customs agency. Union recruitment activities over 2011 resulted in a substantial rise in membership and enhanced communications with members through workplace meetings, telephone and internet communications, and emails. Such union initiatives highlight the potential for enhanced union capacities and mobilization during a time of growing austerity.