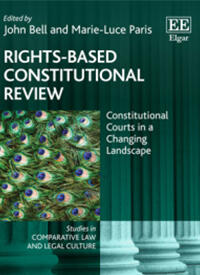 Adventures in the Grey Zone: Constitutionalism, Rights and the Review of Executive Power in the Migration Context

The physical and legal isolation of the irregularly arriving non-citizen in Australia is a product of various legal strategies, from legislation mandating detention to the experimental 'excision' of parts of the country from the operation of statute and the scrutiny of the courts. Australia's innovative use of legislation to carve out spaces within which an unencumbered sovereign executive power can expand has unsurprisingly seen commentators turn to cosmological metaphors. This chapter builds upon David Dyzhenhaus' nuanced description of these spaces as 'grey holes' where the impression of legality is created by legislative and judicial endorsement of strategies which exclude meaningful judicial review of executive conduct. By reference to five recent cases in which these strategies were challenged, it explores the curious attempt to use the law in order to suspend the law, the changeable role of the judiciary in both consolidating and piercing these legislatively carved exclusionary zones, and the muscular anti-dialogic reassertion of legislative dominance that invariably accompanies perceived judicial interference. The chapter's principal aim is to use these case studies to map out the current state of both constitutional doctrine and institutional relations with respect to the rights of non-citizens in the exercise of executive power in Australia. It contrasts the notorious rights reluctance of the Australian political system and its culture of deference and trust in the executive with the impressive architecture of administrative justice developed over the past three decades, and considers the tension that surrounds contemporary appeals to 'sovereignty' as source of power, as well as the contentious role played by traditional legalism as both a shield and a sword in the court's juridical arsenal for scrutinizing rights-precluding executive conduct.