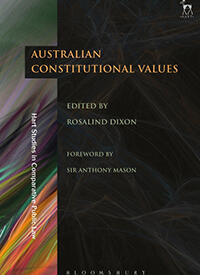 Government Accountability As a ‘Constitutional Value’

Accountability is frequently described as one of the key ‘values’ or ‘ideals’ that administrative law is designed to uphold. Accountability’s greatest claim to hold the status of a value might be its ubiquity: it has been described as the ‘buzzword of modern governance’, the ‘über-concept of the 21st century’, and a ‘theme … central to all discussion of government’. Yet the modern meaning of accountability has developed very recently. The word ‘accountability’ can be found in Australian cases over the last century but most refer to the accountability of fiduciaries (such as liquidators and executors) in equity, of taxpayers, of tortfeasors, in electoral matters and of public companies, rather than of government bodies. The concept of the ‘accountability’ of government to those governed has become prominent only fairly recently.