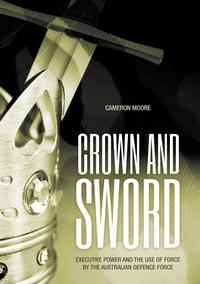 Crown and Sword: Executive power and the use of force by the Australian Defence Force

The Australian Defence Force, together with military forces from a number of western democracies, have for some years been seeking out and killing Islamic militants in Iraq, Syria and Afghanistan, detaining asylum seekers for periods at sea or running the judicial systems of failed states. It has also been ready to conduct internal security operations at home. The domestic legal authority cited for this is often the poorly understood concept of executive power, which is power that derives from executive and not parliamentary authority. In an age of legality where parliamentary statutes govern action by public officials in the finest detail, it is striking that these extreme exercises of the use of force often rely upon an elusive legal basis. This book seeks to find the limits to the exercise of this extraordinary power.