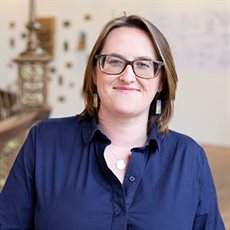 Fiona de Londras is an Honorary Professor at ANU (2019-2022) and the Professor of Global Legal Studies at the University of Birmingham, UK.

de Londras’ research and teaching interests are broadly in the fields of human rights and comparative constitutional law. In her work, she particularly explores the role of rights in contentious policy contexts, asking whether and if so how human rights laws shape or influence policy choices, translated into law, in highly contested policy fields. Her work so far has explored these questions primarily in three contexts: counter-terrorism, reproductive rights (especially abortion law), and the development and domestic impacts of the European Convention on Human Rights.

de Londras also uses her legal academic expertise to influence policy, politics and legal decision-making, having worked with politicians and civil society in Ireland, Gibraltar, the European Union, and the United Kingdom. Her work has been funded by the European Commission, the British Academy, the Joseph Rowntree Charitable Trust, and the Leverhulme Trust.

In 2017, Professor de Londras was awarded the Philip Leverhulme Prize in law, awarded to recognise the achievement of outstanding researchers whose work has already attracted international recognition and whose future career is exceptionally promising. This Prize is supporting her research agenda from November 2018-2021.