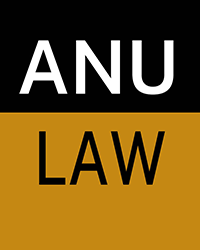 Alvin is a postdoctoral fellow at the ANU College of Law. A majority of his research interests are in private law, particularly property law and labour law, as well as the study of legal consciousness and legal-oriented phenomena in cross-border contexts or in the context of organisations and employment. In his research, Alvin frequently analyses different legal cultures, taking a socio-legal approach in order to compare Asian-Pacific jurisdictions. He has extensive experience in qualitative research, particularly ethnographic research.

Currently, Alvin's research focuses on the implications of emerging technologies on traditional conceptions, understandings, and principles in property law and labour law. Additionally, he enjoys exploring law as a vast body of knowledge intertwined with language, image, and visual culture.

Alvin was educated in Oxford, London, and his hometown, Hong Kong. He holds a DPhil from the University of Oxford, an LLM from the London School of Economics and Political Science, and an LLB from the Chinese University of Hong Kong. Alvin is also a qualified lawyer who previously practised law in Hong Kong.