Home » Will Scotland have a territorial claim to Antarctica?

Will Scotland have a territorial claim to Antarctica? 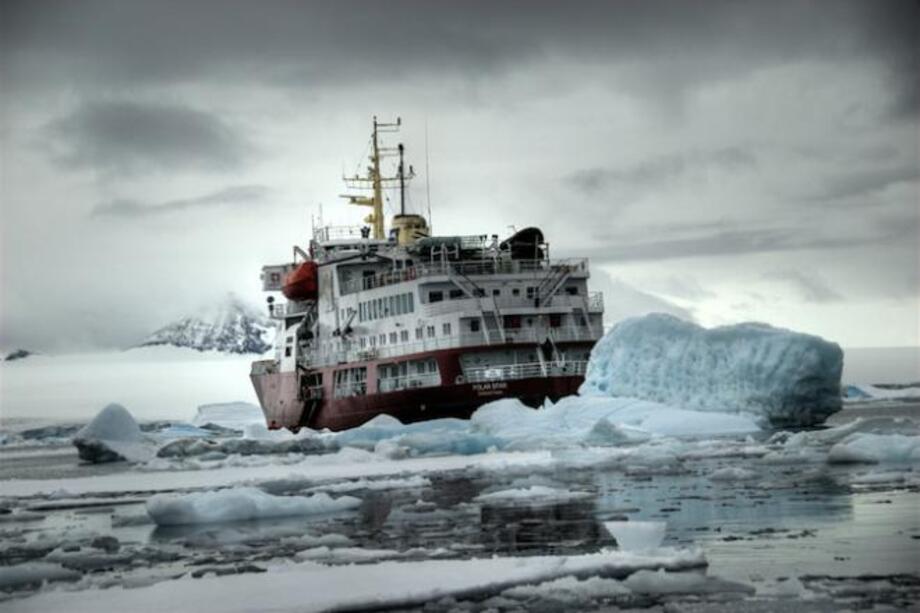 The 18 September 2014 referendum on Scottish independence may prove to be a defining moment in the history of the United Kingdom. If a majority of eligible Scottish voters favour independence, the United Kingdom will cease to exist in its present form and will split into two independent sovereign nations on the British mainland.

While the domestic legal, political, and economic implications are still being discussed, one feature that has been markedly overlooked to date is the fact a vote in favour of Scottish independence could put Edinburgh in the unique position to put forth a territorial claim to the Antarctic – most likely in the area already claimed by the United Kingdom as the British Antarctic Territory (BAT).

International interest and involvement in the Antarctic is generally traced back to James Cook’s late 18th century austral polar voyage. Subject to subsequent physical exploration by various state and private parties in the period proceeding, Britain was the first nation to put forth a territorial Antarctic claim in 1908. The British claim is comprised of a pie-slice shaped sector extending north from the South Pole along the bounds of 20˚W and 80˚W longitude and includes a number of islands contiguous to the Antarctic continent. Britain is not the only nation to have put forth a claim to the Antarctic, however, and since 1908 the British claim has been joined by those of New Zealand, France, Australia, Norway, Chile, and Argentina. All these claims still stand.

As a topic of international debate, the question of Antarctic territorial sovereignty is controversial. Complicated by the vast web of divergent state positions and postures concerning recognition of the claims, the question of Antarctic territorial sovereignty is fundamentally unresolved. Of the many contentious issues raised by the sovereignty question, easily the most fractious is that of the Antarctic Peninsula. Located due south of South America and presenting Antarctica’s closest terrestrial connection to any external landmass, the Antarctic Peninsular is subject to overlapping claims by Britain, Chile, and Argentina. The latter assertions were put forward in 1939 and 1942 respectively.

Known colloquially as the ABC claim (Argentina-Britain-Chile), the conflicting claims have generated considerable historic hostility among the parties. In this connection, the conflict has manifested itself in many ways including the publication of nationalistic propaganda, the issue of protest notices, and threats of international legal proceedings, along with more physically intimidating activities like the establishment of regional military bases and the initiation of deliberate, close-proximity Naval exercises. In this connection, in the late 1940s following a series of increasingly belligerent tit-for-tat naval exercises between Britain and Argentina, very-real fears existed the two could actually go to war over the issue.

As a result of these tensions and those relating to the 1950s Cold War international political environment, the Antarctic Treaty was signed in 1959. Functioning as the Antarctic’s pre-eminent instrument for the regulation of international affairs, the Treaty has the objective of both ensuring peace in the region and facilitating a continuance of the freedom of scientific research and investigation as seen in the Antarctic during the 1957-1958 International Geophysical Year (IGY). As was well understood at the time of the Treaty’s negotiation, peace in the Antarctic is predicated largely on the attainment of some form of territorial accommodation. To this end, the Treaty, by way of Article IV, takes an innovative approach to the issue.

Drafted to accommodate the varying positions of the negotiating Parties, Article IV guarantees the rights of claimants to claims, while simultaneously prohibiting the expansion of claims, or the proclamation of any new claims by claimants and non-claimants alike. Aided by an allowance for institutional modus vivendi in respect to the recognition of claims in place, the Treaty has had the effect of placing the question of Antarctic territorial sovereignty into a state of institutionalised paralysis and will continue to do so as long as it is in force.

As is standard under public international law, the obligations found under the Antarctic Treaty only come into effect at the time a state provides consent to be bound by them. As such, in accordance with Article IV, any state is free to put forth a territorial claim to the Antarctic up to the point they become a ratified party of the Treaty. It is in this respect that the Scottish situation becomes interesting.

Proclamations of territorial sovereignty are generally based on acts of discovery, symbolic annexation, pre-defined notions of ownership, administrative acts, or territorial contiguity. Although less clearly defined, the ongoing interaction of a state’s nationals with a claimed area is also often deemed an exigent requirement. In the case of Scotland, given that the 1902-1904 Scottish National Antarctic Expedition of William Bruce is credited with the discovery of Coats Land – an area to the west of the BAT that forms the western-most coast of the Weddell Sea, along with the fact that Britain, and by extension Scotland, has had a perpetual claim to the region since 1908, strong historic basis exists if a newly independent Scotland were to put forth a territorial claim to the Antarctic.

State succession is a complex affair. This is particularly applicable in the case of Scotland. A core feature of such the occurrence under international law is the right of ‘clean slate,’ or more specifically the right of the ‘successor,’ this being the state breaking away from the ‘continuator,’ to choose which international legal instruments they continue to honour. Naturally, membership to an agreement through succession pends the permissibility of the instrument to this occurrence in the first place. In the case of the Antarctic Treaty, no means for automatic membership through succession is provided. As such, if an independent Scotland were to choose to become a member of the Treaty, Edinburgh would need to first either sign the United Nations Charter, this being a requirement for membership, and then accede to the Treaty on an independent basis, or, be invited to join by the 29 Antarctic Treaty Consultative Parties (ATCPs) en masse. Taking into account Scotland’s historic connection to the Antarctic, membership of the Treaty is somewhat expected.

If independence is selected on 18 September 2014, an interesting legal circumstance exists, however, through which Scotland could potentially put forth a territorial claim to the Antarctic; albeit one dependent on Holyrood taking a series of defined steps. Further, if the act was performed in specific way, the double potential exists for the claim to be institutionally ‘protected’ by the Treaty. To expound: if a newly independent Scotland were to: reject any invitation to join the Antarctic Treaty, as would likely be put forward by the ATCPs in the period leading up to succession; sign the Charter of the United Nations on an independent basis; put forward a territorial claim to the Antarctic – most likely for Coats Land; and then accede to the Antarctic Treaty, there appears no reason such a proclamation would not meet the criteria for a claim of Antarctic territorial sovereignty. Because of the construction of Article IV, there additionally appears no obvious means for the Treaty parties to block such an occurrence if Edinburgh were to take the steps listed. This does not exclude the Treaty parties from undertaking activities outside the scope of the instrument, but within the agreement their powers to block such an outcome would essentially be moot.

The results of the September 2014 referendum are still too close to call. If Scotland chooses independence, present indications suggest the date of devolution itself would likely be 24 March 2016. Regardless, consideration of an independent Scotland provides an interesting vehicle to investigate the nuances of Antarctica and its institutionalised stewardship. As a first act of independence, international provocation is never smart. If an independent Scotland were to put forth an Antarctic claim, the diplomatic reactions of London and a range of other capitals would be swift. At the time of submission, the Scottish National Party, the political party that would form national government in Scotland if independence was declared, has yet to express a view on the matter. This is likely due to the fact this is the first time the issue has been considered. Irrespective, beyond the domestic consequences of 18 September 2014, the event should be watched by international and Antarctic scholars alike as the outcome could have major territorial implications.

This article was originally published in the International Policy Digest.