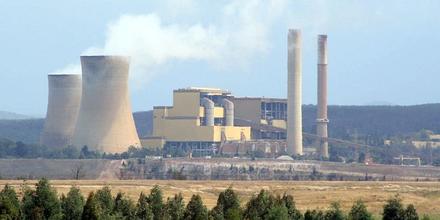 Australia’s reticence puts us behind 35 nations that have ratified the convention. (It needs 50 for the Convention to come int force) So what's the holdup?

While the Australian government congratulates itself on ratifying the Paris Agreement on climate change, it is dragging its feet on a less well known, but very important, international treaty on air pollution. Despite signing in 2013, Australia has still not ratified the UN’s Minamata Convention on Mercury.

Mercury is a potent neurotoxin. In fact, the treaty is named after the city of Minamata in Japan, where mercury release was linked to developmental disorders after pregnant women ate contaminated fish in the 1960s.

Currently human activities are releasing around 2,000 tonnes of mercury each year. Scientists predict that this could reach 3,400 tonnes each year in 2050 unless we take action.

Australia’s reticence puts us behind 35 nations that have ratified the convention, including developing nations such as Madagascar, Gabon, Guinea, Guyana, Lesotho, Djibouti and Nicaragua. So what’s the holdup?

The goal of the Convention is to protect human health and the environment from anthropogenic (human-caused) emissions and releases of mercury and mercury compounds.

Airborne mercury emissions can be transported far from their point of origin, even across continents, and are dispersed widely before being deposited, primarily via rainfall, into lakes and streams and the ocean.

Through chemical conversion, mercury compounds enter food webs. Mercury becomes concentrated at the top of the food chain, in predatory fish through a process of biomagnification. Readers with a penchant for tuna sashimi or sushi might have some concern about mercury, as research highlighted on The Conversation pointed out that mercury levels in tuna are increasing.

People are exposed to methylmercury through their diet, particularly if it is high in fish, and especially those high up the food chain.

As methylmercury, mercury damages the human central nervous system and is extremely harmful to pregnant women and their offspring.

Australia signed the Minamata Convention on Mercury on 10 October 2013 at Kumamoto in Japan, when the text of the Convention was first adopted and opened for signature. But it has not taken sufficient action since then to ratify it.

One issue is that the Convention will not come into force unless enough countries ratify it. 50 ratifications or accessions are required, but so far there have been only 35.

In March 2014, the Department of Environment issued a public consultation paper seeking the views of the Australian public on ratifying the Convention.

In January 2015, the Department of Environment commissioned an economics consulting firm to undertake a cost-benefit analysis of ratifying the Minamata Convention. That taxypayer-funded document has not been made public. Nor has the timetable for ratification. The consulting firm claims the report is the “intellectual property” of the Australian government.

It is likely that one reason for the delay in ratification is deference to the objections voiced by the fossil-fuel energy sector. The electricity sector is a significant source of mercury emissions in nations that rely heavily on coal-fired electricity generation, including Australia. Coal currently supplies about 75% of Australia’s electricity (excluding rooftop solar).

The latest data from the National Pollutant Inventory show that 2,700kg of mercury were emitted from 105 electricity generators in 2014-15, an increase from the previous year’s emissions of 2,600kg.

The nation’s top three mercury emitters from the electricity sector were all power stations in Victoria, burning brown coal (lignite): Hazelwood (420kg; due to close in 2017), Yallourn (310kg), and Loy Yang B (290kg, down from 470kg).

Pollution is regulated by state environment protection authorities, but pollution licenses show an alarming lack of attention by the regulator to the issue. For example, the licence for Hazelwood power station places limits on carbon monoxide, chlorine compounds, NO₂, particulate pollution, and sulfur oxides, but does not regulate mercury at all. The word does not even feature in the licence.

Mercury is capped under general Victorian air pollution regulations, but in combination with antimony, arsenic, cadmium and lead.

Unlike the United States, Australia does not have a federal Clean Air Act. The question of mercury emissions from coal combustion is largely left to state pollution laws.

Australian federal environmental laws do not regulate or restrict emissions of either mercury or carbon dioxide from coal-fired power stations. This is especially the case since the July 2014 repeal of the price signal that had been set by the carbon tax.

What would ratifying the Minimata Convention mean for coal power stations? As mercury pollution is now a matter of international concern there is a strong constitutional basis for Federal legislative action, even prior to the Convention coming into force.

State pollution control regulations will need to be tightened to impose stricter limits on mercury emissions. Presently the standards found in some of the pollution licences are much weaker than those to be applied under the US standard introduced in 2013.

Unsurprisingly, the owners of Australia’s coal-fired generators have pushed back against stricter pollution controls implied under the Convention, as shown by their submissions to the public consultation paper.

They claimed that “if Australia is forced to adopt US-based mercury emissions reduction technologies, new and existing coal-based plant would cease to be competitive”, and pleaded that “requirements to retrofit Australian coal-based power stations with mercury capturing equipment would not only be very costly and unnecessary”.

Such pollution controls are only unnecessary if we are unconcerned about the environmental and health implications of mercury emissions. Researchers at MIT found that the US standard will provide benefits worth billions of dollars each year.

The Minamata Convention has not been tabled yet in Federal Parliament and this means the Joint Standing Committee on Treaties has not yet moved ahead with its part of the ratification process.

New Zealand’s analysis of ratification concluded it was “strongly” in that country’s interest to ratify. Even if the Australian government continues to delay ratification of the Minamata Convention, it is likely to come into force quite soon, and the international scientific literature is already making a strong case for stricter emissions controls in Australia.

Ratification of the Mercury Convention by Australia is a necessary step for human health and the environment.

- BY JAMES PREST, Researcher at the Centre for Climate Law and Policy, ANU College of Law, The Australian National University

This article originally appeared in The Conversation