Home » Whither the feminists? 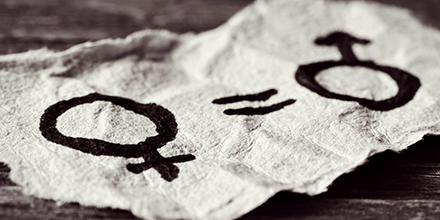 The irony of Dutton's accusation is that it came amid his own call for Australians to respect women in accordance with our law and culture.

'Where are the feminists?" Bruce, of Brisbane, wonders in an online forum. "Their silence about and acceptance of these misogynist attitudes is both puzzling and appalling."
The issue surrounds comments from the Australian Federation of Islamic Councils' president, Keysar Trad. During a television interview, Trad suggested male violence against women was a last resort, prompting widespread condemnation. He later apologised and said it was never OK to hit a woman, describing his previous comments as clumsy.
Bruce's angst was shared by many Australian men who wondered aloud about why "the feminists" were not immediately responding to Trad's comments. Bruce was joined by many men who were also apparently flailing in the waters of national conversation without the benefit of rational, nononsense feminism as a flotation aid.
Where were all the feminists? Perhaps they were on school pick-up between meetings. Perhaps they were popping dinner on. Whatever their indulgence, the feminists were momentarily missed by Bruce and his mates for a few hours - because swimming without your floaties on can be really hard.
Like Bruce, Immigration Minister Peter Dutton was determined to track down the feminists, setting out on an exciting voyage of contradictions in conversation with Ray Hadley. First, Dutton complained that Australian feminists had not yet shown up to cry barbarity in response to Trad's outrageous ancient history lesson.
"Where are the feminists? If it was you or me . . . they'd be calling for us to be, you know, taken into the town square and dealt with."
This is true, we would. But it doesn't follow that feminists would be selective in addressing violence against women by not taking any other offender to the town square, too.
Then, in a further twist of logic, Dutton grabbed the opportunity to pull Australian feminists into line by criticising them en masse, saying: "I suspect they will have nothing to say about it because they're hypocrites."
The irony of Dutton's accusation is that it came amid his own call for Australians to respect women in accordance with our law and culture. This is the very essence of feminism. As Tara Moss explains, "to subscribe to feminist ideals, to be a feminist, to champion human rights as they affect women does not require being female". The normalisation of women's equality in Australia requires the strong, consistent advocacy of men, too.
Yet, Dutton's attack on feminists meant women were suddenly being insulted on two fronts. On the one hand was Trad's discussion about the "last resort option" open to husbands - to beat their wives - a notion that sits in impossible opposition to values of equality, respect and safety, which are at the heart of Australian law. On the other hand, the condescension shown by a senior male leader in accusing feminists of imagined hypocrisy was also at odds with the Australian values of equality and respect. It is all too reminiscent of Miriam Dixson's lamentation that "Australian women - women in the land of mateship - come pretty close to rating as the doormats of the Western world". (The Real Matilda, 1999). If only feminism was regarded with the same reverence as mateship in this country.
For the final part of the Immigration Minister's magic carpet ride, he tried some clarifying words: "We all want our daughters to succeed, to be in loving relationships, get a good education, get a good job and be the equal of any man in this country." That sounds perfect - but, again, Dutton's aspiration for "women to be the equal of man in this country" is a contradiction to his attack on feminism in the same breath.
The dictionary says hypocrisy is "the practice of claiming to have higher standards or more noble beliefs than is the case". Dutton exemplified hypocrisy by insulting those who stand for the very feminist beliefs he claims to advocate. While purportedly supporting Australian women, he joined the attack on feminism by directly diminishing its value by labelling feminists in general - as "hypocrites".
A bit like mateship, feminism is not a handy tool to be inflated and deflated as might suit the conversation of the day. It is a way of living. The men on both sides of this discussion would do well to remember that.
This article first appeared in The Canberra Times on Saturday, 4 March 2017.