Home » What does Palestinian membership of the International Criminal Court mean for Australia?

What does Palestinian membership of the International Criminal Court mean for Australia? 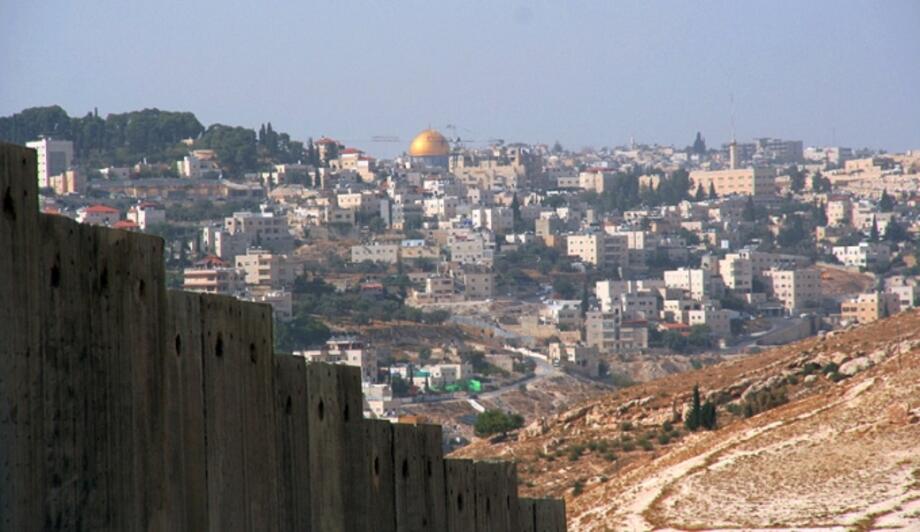 Jerusalem viewed from the Palestinian side of "the wall".

By Rob McLaughlin and David Letts

On April 1 this year, Palestine will formally accept the exercise of jurisdiction by the International Criminal Court.

There are some lingering debating points around the issue of Palestine's claim to the full status of a "state" in international law, but in respect of accession to the Rome statute of the ICC (and of membership in UNESCO, and other organisations), these obstacles have been overcome.

Additionally, Palestine has backdated the ICC's jurisdiction to June 13, 2014. This means Palestine has specifically authorised potential ICC jurisdiction over incidents that have taken place in Palestinian territory from that date on – including Israel's 2014 Operation Protective Edge. Indeed, in line with normal processes, the ICC prosecutor began a preliminary examination into the situation of Palestine this month.

The first thing it most certainly means is the potential for Australian citizens who also hold Israeli citizenship, who were perhaps serving in the Israel Defence Force at the time, to be subject to investigation for their conduct during operations in Gaza from June 13, 2014. The same applies to Australian Palestinians who might have fought in the conflict against Israel from the same date.

Should an Australian citizen – either serving in the Israeli Defence Force or fighting for one of the Palestinian armed groups – be alleged to have been involved in war crimes or crimes against humanity that were committed in or from Palestinian territory during the conflict, then Australia will have to decide how to deal with that allegation.

Australia can certainly prosecute such people here – there are laws in place to do that. But, equally, Australia might be faced with a situation where consideration of extraditing that suspect to Palestine for trial, or, perhaps more palatably, to the ICC for trial, arises.

Second, Australia needs to think about how assistance might be provided to Palestine in fulfilling all its obligations in line with the ICC statute. In particular, Palestine will need to quickly bring into its own law a set of offences that correlate with the offences over which the ICC has jurisdiction. Australia could help Palestine with getting the right laws in place.

A key aspect of the ICC's jurisdiction is the concept of "complementarity" – the court should only step in as the prosecution venue if Palestine is unwilling or unable to prosecute.

But, assuming Palestine might one day wish to prosecute such cases at home, Australia also needs to think about how satisfied it would be that the justice system in Palestine will deliver a fair and expeditious trial for, say, a dual Australian-Israeli national who served in the Israeli Defence Force and is accused of a war crime.

So, quite apart from helping Palestine get the right laws in place, Australia should also think about helping Palestine create a fair and efficient justice system that complies with internationally recognised judicial standards.

Third, Australia needs to start thinking about how to characterise this new form of quasi-statehood. Under recent "foreign fighters" based amendments to the Criminal Code, Australia would generally characterise Palestinian Australians who fight in Palestine as committing illegal hostile acts under Australian law.

In contrast, an Israeli-Australian fighting in Palestine in the IDF clearly belongs to the legitimate and lawfully authorised armed forces of a state and would therefore not be considered as acting unlawfully under Australian law.

So, as Palestine gains its new ICC-related status, Australia might need to look at whether, and if so how, the activities of Palestinian Australians fighting in Palestine should be characterised.

Certainly, some of the armed groups active in Palestine, such as Hamas' Izz al-Din al-Qassam Brigades, and Palestinian Islamic. Jihad, remain subject to listings under Australian law as terrorist organisations. But, there are other recognised and western supported Palestinian forces such as the Palestinian National Security Forces, which might nevertheless become engaged in hostilities with the Israeli Defence Force, where no such concerns arise.

The Foreign Minister has the power under the new "foreign fighters" amendments to declare a particular "non-state" force to be exempt from that aspect of the law. Perhaps there is scope for making such a declaration in the case of certain "state agent" Palestinian armed organisations?

Whatever else this important development means, it certainly means Australia needs to start thinking more about how it will characterise and deal with the activities of Australians involved in fighting on either side of the ongoing Israel-Palestine conflict.