Home » We must prepare for a new type of security threat

We must prepare for a new type of security threat 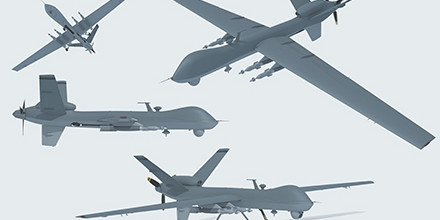 The new Defence White Paper released yesterday looks out to 2035 to identify the future security challenges and the defence capabilities that need to be put in place to prepare Australia for them.

The year 2035 may seem too far ahead to accurately predict security challenges as geopolitical circumstances could change considerably over the next two decades. Nevertheless, we can still make a reasonably informed guess as to how threats - no matter who may pose them to Australia - may be manifested in future battlespaces by looking at what is in the pipelines of defence science labs.

Drones, for example, will be further developed and miniaturised with greater mobility and stealth, allowing more effective intelligence, surveillance and reconnaissance. It is expected this development will enable pin-point strikes against a particular target without causing any collateral damage to the surrounding area or people in the immediate vicinity.

The hypersonic speed cruise missile will travel much faster than any conventional missiles and anti-satellite missiles could be more readily available and used to deny, disrupt or destroy space-based defence systems.

Additionally, artificial intelligence and robotic technologies will be gradually introduced into or alongside existing weapons systems, so as to increase the accuracy and versatility in responding to incoming hostile attacks whilst reducing the own human risks inherent in such operations.

Despite these technological advances, all of which will have an impact on the future battlespace, there is still a clear need to maintain and increase Australia's conventional weapon capabilities such as armoured vehicles and submarines. This need remains because many countries in the region lack sufficient capability and infrastructure to develop technologically advanced weapon systems.

The relatively small number of countries that possess a highly sophisticated defence industry, such as the US and the UK, are unlikely to pose any direct threat to Australia.

In terms of regional powers, major industrial countries like China and India are still in the process of modernising their defence capabilities, with the focus on conventional weapons acquisition programs, and again there is no valid reason to think that these countries pose any direct threat to Australia.

Additionally, it is important to remember that asymmetric threats cannot always be dealt with by technologically advanced means - sometimes, it may still be necessary to control a battlespace through physical presence and manoeuvre warfare, and conventional weapons systems must continue to play a critical role in delivering such capabilities.

At the same time, Australia needs to be prepared for new, or different types of, security challenges. As acknowledged in the latest Defence White Paper, the cyber threat to Australia is growing and will become more effective and complex.

The ubiquitous presence of "smart" technologies in consumer markets also means that private individuals with malicious intent are capable of making novel use of those devices to pose threats to the Australian community in ways that have not yet been adequately considered. In turn, this raises legitimate and in many cases untested questions regarding how Australia can adequately prepare for, and deal with, such threats within the domestic and international legal framework.

The new approach to Australia's defence industry policy and defence innovation as outlined in the white paper is, therefore, encouraging. Scientific and technological advances in general are being made at an alarming pace and there is a genuine need for the Australian defence industry to maintain and improve on its technological edge and capability superiority.

These scientific and technological advances in the defence industry, however, must carefully be managed with legal considerations which must accompany the acquisition decisions as the new defence capabilities emerge.

The new virtual Defence Innovation Hub is expected to facilitate collaboration between Defence, the Commonwealth Scientific and Industrial Research Organisation, academia and industry partners. The priority capability development focus of the virtual hub will need to be carefully managed so as not to deny or deter "blue-sky" research projects, which may not necessarily satisfy the immediate needs of Defence but have the potential to make game-changing discoveries.

Equally important will be the requirement to include careful consideration of the legality of the development and eventual deployment by the military of any innovative capabilities which the hub's programs foster so that Australia can validly maintain its claim that operating within the rule of law remains a key priority.

Associate Professors Hitoshi Nasu, David Letts and Rob McLaughlin are co-directors of the Centre for Military and Security Law at The Australian National University. This article was originally published in ABC's The Drum.