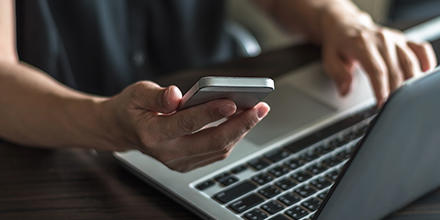 A new ruling means that media companies can now be held liable for defamatory comments made by third parties.

The law is struggling to adapt the traditional principles of defamation law to new technologies in a consistent manner.

It’s the case that has put Australian media companies on notice, but what are the legal lessons from Dylan Voller’s first-round win in his defamation suit?

The former Northern Territory youth detainee made headlines on 24 June when NSW Supreme Court Judge Justice Stephen Rothman ruled that media companies can be held liable for defamatory comments made by third parties on their public social media channels.

Mr Voller is suing The Sydney Morning Herald, The Australian, The Centralian Advocate, Sky News Australia and The Bolt Report for allegedly defamatory posts made by Facebook users in 2016 and 2017 on the media companies’ pages.

“The broader issue here is defamation law reform. The law is struggling to adapt the traditional principles of defamation law to new technologies in a consistent manner,” he said.

“Facebook was not designed in a way that readily enables users to pre-moderate comments. Rather, Facebook page administrators typically remove comments that are defamatory, inappropriate or offensive after complaints are made. The Court in this case relied on expert evidence that Facebook page owners are able to use a software hack to prevent comments from appearing before they are cleared.

"Justice Rothman’s clear inference was that they (the media companies) chose not to implement this technological solution to delay publication of comments in stories about Mr Voller. Justice Rothman found that this wasn’t because of any broader free speech concerns, but rather because they were looking to further their own commercial interests by generating interest in stories,” said Mr Walker, who teaches digital media and communications law practice at the ANU School of Legal Practice.

Facebook posts that generate high levels of engagement via user comments and likes create a wider reach for page administrators. For media companies, this is instrumental in driving website traffic vital for advertising revenue.

In response to last month’s ruling, some media executives, including Nine CEO Hugh Marks, said the responsibility should rest with social media platforms as the “publishers”.

“Facebook is the one that facilitates comments on your stories and, in this case, we were held responsible for comments made on our stories,” he said.

“We’ve been held liable for the comments of a third party facilitated by an organisation that was not ourselves.”

Determining whether a participant in the information distribution chain is a primary or secondary publisher is a key legal issue in the digital era, noted Mr Walker.

“In the pre-Internet world, this was much clearer. Now, there are a number of live debates about the role and liability of tech platforms as aggregators and distributors of content,” he said.

“In Mr Voller’s case, the NSW Supreme Court found that the news outlets were the ‘primary publishers’ of the allegedly defamatory comments on their Facebook pages in the same way as if the comments had been published on their own websites or in their own hard copy newspapers. The news outlets had argued that they should be considered as secondary publishers. The distinction here is that a primary publisher is liable for defamatory content from the moment of publication.

“A secondary publisher, on the other hand, is not liable if they can establish that they were not aware of the defamatory comments and could not reasonably have known about them. This approach enables a secondary publisher to be protected provided they act promptly when they receive a complaint about particular content,” said Mr Walker.

The decision is likely to be appealed, but in the meantime Mr Walker said media outlets will need to decide whether they should disable the Facebook comment function on their news stories or take steps to moderate comments. Moderation will require additional human intervention and will certainly have cost implications for a media industry which is already under pressure due to technological disruption, he added.