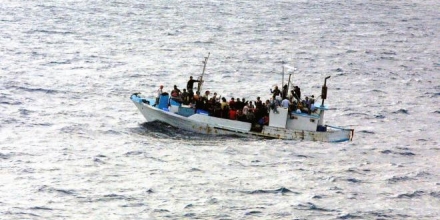 Bad laws make people suffer. That truth lies at the heart of the migration law changes proposed by the Government, which wait to be passed by the Senate.

Consider the case of ‘Ali’ from Iraq. Ali (not his real name) fled Iraq because of threats against him from militias because of a family member’s history in the Ba’ath party. Although Ali was never in that party, he was targeted by association, a common and continuing problem in Iraq.

Ali fled to Indonesia and was interviewed by UNHCR, which approved his case as a refugee. Then he waited for resettlement, but it never came. After a few years, he took his chances on a boat for Australia in 2010. He was taken to Christmas Island and interviewed and then sent to the mainland detention centres. At the time he arrived he was termed an ‘offshore entry person (OEP)’ and was therefore excluded from making an application for a protection visa until the Minister lifted the bar. He was also referred to as an ‘irregular maritime arrival (IMA)’ in some Immigration documents.

Initially his case was refused by Immigration, despite the positive finding of the UNHCR in Indonesia. Fortunately his case was successful on review and in February 2011, he was accepted as meeting the refugee criteria. At the time, he was still in detention but his condition was deteriorating. He was finally released into the care of a family member who was already an Australia citizen, but he was not given permission to work. He was granted the Temporary Safe Haven Visa (TSHV) for a week, which created a new barrier to lodging a protection visa under s91K, unless the Minister lifted the bar.

That is as far as he has managed to get. He has undertaken further security and police checks, all positive. His status changed by mid this year when his bridging visa E expired, but he was not granted a further bridging visa, so he is technically unlawful and at risk of detention – despite the positive refugee finding back in February 2011. Inquiries with Immigration about the case were met with standard replies such as ‘the Department is awaiting checks from an outside agency (code for ASIO)’ or ‘the case is still being processed’. It was unclear what that latter explanation meant because there was no visible progress to being granted a substantive visa.

He is now married to an Australian citizen and has a child here. But although his immigration status remains unchanged, the terms used to describe him have changed. In June 2013, the term ‘offshore entry person’ was repealed from the Act and replaced with another three word term leading to a three letter acronym  – ‘unauthorised maritime arrival (UMA)’.

With the arrival of the Coalition Government, the legal term UMA remains unchanged in the Act. But the new Minister insisted on calling people ‘illegal maritime arrivals (IMA)’despite no such term appearing in the Act or Regulations. In fact the term ‘illegal’ has not been in Migration Law since 31 August 1994.

The other dramatic change lies in the so far unsuccessful attempts to reintroduce the Temporary Protection Visa (TPV). The new version of the TPV (TPV 3.1) provides no mechanism of ever getting a permanent visa. The TPV gives a three year temporary visa, with a bar to applying for any other visa, no return travel facility and no family reunion.

The deal with the Palmer United Party (PUP) was to have another type of visa the Safe Haven Enterprise Visa (SHEV) as well as the TPV. The regulations for the SHEV have not been yet disclosed, but it seems it will be a five year visa, with some access to other visa applications being possible after three and a half years of work or study in as yet undesignated regional areas.

I explained this to Ali. I told him he might get the city visa (the TPV) which will take him nowhere but he can work. Or if he goes to the country, and works or studies for 40 months on the ‘country visa’ (the SHEV) then he might be able to apply for another visa to stay. His only alternative is to return to Iraq and lodge the partner visa from there. But since he was found to be a refugee from Iraq he still fears to return there, especially with the high level of violence due to the fighting against ISIS. He tells me ‘I cannot go to Iraq, I will be killed. I just want to stay here with my wife and child, what should I do?’. A question I cannot answer.

Ali had lived in a regional area for a while, but had returned to Sydney. He wants to work but has no permission to work. He has no Medicare, and no income apart from limited Red Cross assistance. He has a wife and a young child to support. Culturally it is very hard for him to not be the family ‘bread winner’. His only choice is likely to be to accept the SHEV, and go and live in the country for forty months, hopefully find work and then apply for a partner visa, assuming that will be legally possible by then.

The ‘earn or learn’ slogan may go down well with some, but Ali’s case does not fit the announced criteria for the SHEV. He would probably find it easier to get work in the City, remain close to the extended family and be able to support his wife and child. Otherwise they will have to pack up for the country in the hope of finding work and suitable accommodation. If he were a young single man, this would be easier, but he is now 50.

After winning his case and being accepted as a refugee in February 2011, he is now worn down by this long process. His self-esteem was destroyed by a long period in immigration detention. His identity is now also gone. I recently received a letter for him where he was referred to only by his boat number and the term ‘illegal maritime arrival (IMA)’. His name was nowhere to be seen on the letter and so he is now just a boat number and a derogatory three letter acronym.

Kerry Murphy is a partner with the specialist immigration law firm D'Ambra Murphy Lawyers and member of the boards of the IARC and JRS. He is also a lecturer and contributor to the Migration Law program at ANU College of Law. This article originally appeared in Eureka Street.