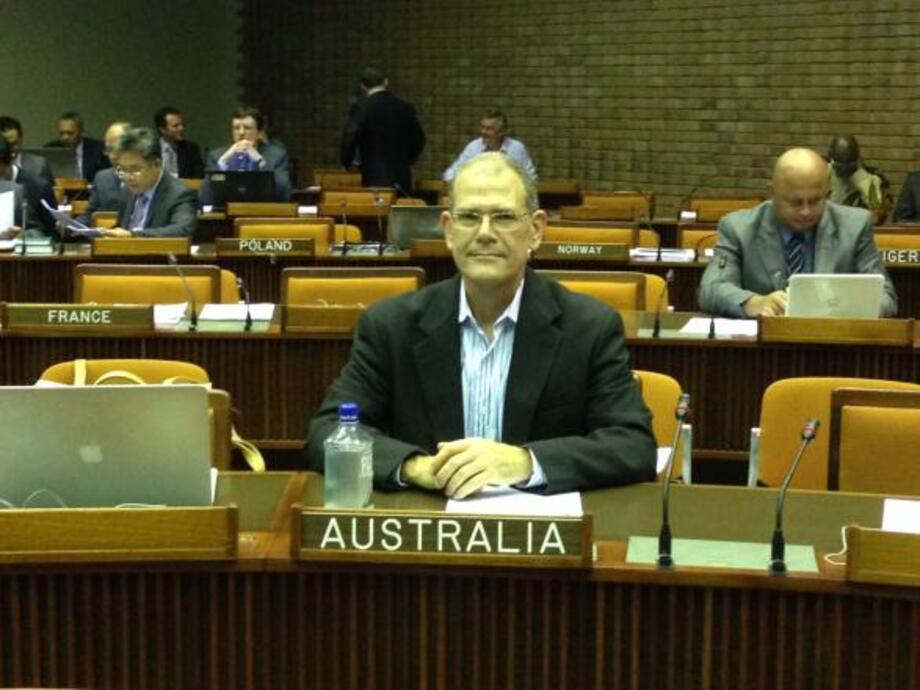 An expert on the law of the sea from the ANU College of Law is continuing to explore the issues and impacts of underwater mining on a global scale during the 20th Session of the International Seabed Authority.

Professor Don Anton, who is one of the leading international lawyers at the ANU College of Law, is part of an Australian delegation attending the International Seabed Authority’s 20th Session in Kingston, Jamaica.

The Authority, which brings together representatives from 160 member nations, was established under Part XI of the United Nations Convention on the Sea, and seeks to organise and control activities outside the jurisdictions of individual countries.

This year’s Session will discuss legal and technical reports on new applications for seabed exploration, and consider how to regulate the quickly approaching moment when states start mining the deep seabed that is the common heritage of humankind.

During his time at the ISA’s 20th Session, Professor Anton will attend Council and Assembly meetings as a member of the Australian delegation, and will develop insights to support his research into the economic, social and environmental considerations deep seabed mining presented to developing countries in the South Pacific.

“The issues being raised and explored at this year’s Session hold considerable relevance for emerging economies in the South Pacific.

“This includes not only understanding the revenue opportunities that deep seabed mining offers developing countries, but gaining clarity on how the environmental risks of such activities can be minimised and managed.”

Alongside providing examples of the approaches being taken by other member nations, Professor Anton said the ISA’s 20th Session would help promote the interests of developing states seeking to engage in seabed mining, and identify other considerations of doing so, including the strategic alliances, public-private partnerships and cooperative arrangements that may be required.

The 20th Session of the International Seabed Authority concludes on Friday.