Home » Take your convictions to a double dissolution

Take your convictions to a double dissolution 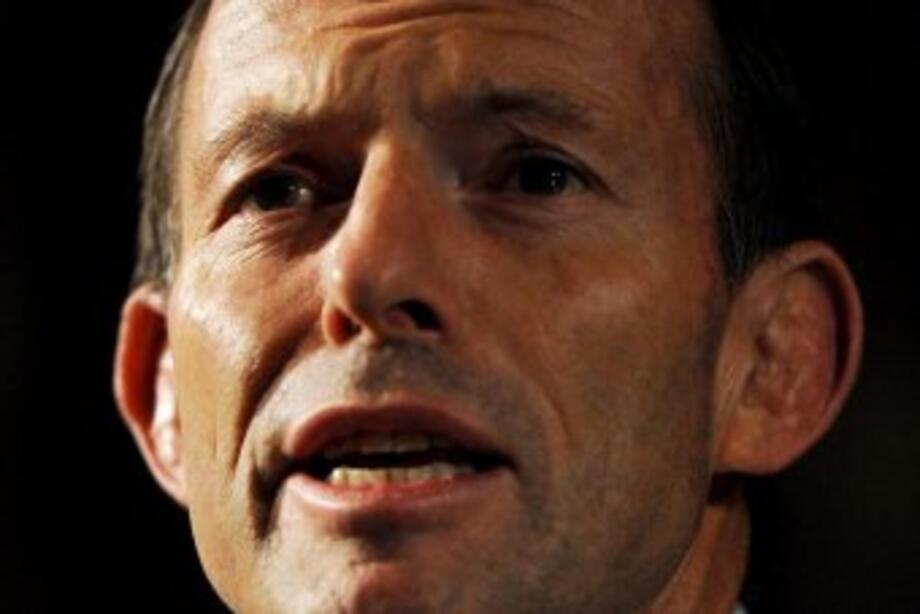 A Senate deadlock-breaking mechanism is readily available, and if Tony Abbott doesn't use it, we're entitled to believe his exhortations about a budget emergency are hollow, writes Andrew Bartlett.

The decision by Senator Jacqui Lambie to quit the Palmer United Party has put even more focus on the Government's challenges in getting its legislation through the Senate.

Most commentary is suggesting this will make the Senate even harder for the government to negotiate, although on issues where Clive Palmer opposes something but Jacqui Lambie might not - the Coalition's plan to weaken the Renewable Energy Target is one possibility - this will actually improve the Government's chances, at least marginally.

But either way, today is no different to yesterday in that overall the Senate is causing significant difficulties for the Government and is likely to continue to do so.

However, it should be made clear that if the current Government gives up on various measures it is having difficulty getting passed by the Senate, then the conclusion has to be drawn that it doesn't really believe those measures are as crucial economically or policy wise as they try to suggest.

During my 11 years in the Senate (1997-2008), the crossbench that I was part of changed in composition and relative power quite regularly - including as a consequence of senators resigning from their party part way through their term, as Senator Lambie has just done. (Mal Colston's quitting the Labor Party is the most notorious, but Meg Lees quitting the Democrats and Shayne Murphy quitting Labor also impacted on the balance of power equation).

While the Abbott Government faces a very complex Senate equation, it still faces a Senate that is politically less hostile than that faced by many previous governments.

No doubt the Liberals look back wistfully to the not too distant past when the Howard government had a majority in its own right in the Senate, from 2005 until its demise (not to mention the luxury of holding that Senate majority as the opposition for the first nine months or so of the Rudd government).

But the fact that holding that majority led the Howard government to fatally overreach with its rushed and extreme WorkChoices laws is a reminder that things might not always be as good (or as bad) as they might seem.

Certainly, the Senate contains by far the largest and most diverse crossbench in Australian history. But while herding cats may sound challenging, it is easier than trying to overcome the brute reality of straight-out political hostility, which is of course what the last Labor government faced for that period where they faced a Senate controlled by the Coalition either in their own right or with the conservative Family First senator.

And of course, none of the above situations compares to what the Whitlam government faced for its entire existence.

Understandably, the thing people tend to remember when it comes to Whitlam and the Senate is the blocking of supply and the subsequent Dismissal. But that was just the tail end of three years of a Senate blocking many bills in both the first and second Whitlam governments. And it is here that we should look to an event that is far more relevant to the current political situation.

People can argue back and forth about which Senate combination was the most difficult for which government on what issues, but the simple fact is that our political system has a mechanism specifically designed for when governments can't get important laws passed - and that is the double dissolution election.

There is a tendency in current times to scoff at the idea of a double dissolution election, suggesting it would be foolhardy for a government to risk losing seats or even government just to get some legislation passed. But that argument really reinforces the view that political parties seek to obtain government for its own sake (or at best to keep the other mob out of government) rather than to do what they believe is necessary for the country.

In the current case, it would mean the Liberal Party is more concerned about staying in power than it is about fixing what they keep asserting is a budget emergency.

Remember, it is basically accepted wisdom these days that the decline and demise of the (first) Rudd government stemmed from the decision by Mr Rudd not to call a double dissolution election in an effort to get his carbon pricing legislation passed, precisely because it signalled that he didn't really believe what he had said about climate change being "the greatest moral, economic and social challenge of our time".

The modern day Liberal Party may baulk at any suggestion it has something it could learn from Gough Whitlam's government, but despite its controversial and messy demise, Mr Whitlam's time in government also included a very significant positive political example that should not be forgotten or dismissed - namely, his decision to risk his hold on government, despite having only just got there after 23 years in opposition, in order to pass legislative changes he believed were crucial for Australia's future.

Whitlam's preparedness to do so in 1974 - only 18 months after winning government - saw him lose a few seats but retain government, leading to what is still the only time a joint sitting was used to get bills passed through the Parliament.

If Whitlam hadn't had the courage of his convictions, we would never have got what is now Medicare. Laws that introduced the 'one vote one value' principle to House of Representative elections and gave Senate representation to people in the ACT & Northern Territory also only passed because of Whitlam's decision to use the double dissolution mechanism.

Unless Mr Abbott is willing to use the Senate deadlock-breaking mechanism that is readily available to him, the public are entitled to believe that his frequent exhortations about a budget emergency and the importance of the many budget measures sitting unpassed in the Senate are as hollow as Kevin Rudd's claims about the importance of climate change.

Andrew Bartlett is a former leader of the Australian Democrats and was a Senator for Queensland from 1997-2008. He stood as a candidate with the Queensland Greens at the 2010 federal election. He is also a Senior Lecturer at ANU College of Law. This article originaly appeared on the ABC's The Drum.