The exchange was a wonderful opportunity and I loved my time in Tuscaloosa. It was definitely a highlight of my time at university.

When asked to identify her favourite part of the ANU Alabama Summer Program, fifth-year Bachelor of Arts/Laws (Hons) student Stephanie Rowell said it was a tough call between the academic experience and the delicious Southern food (fried pickles are her favourite).

Stephanie was one of 10 students who recently participated in a five-week exchange between the ANU College of Law and the University of Alabama’s (UA) Hugh F. Culverhouse Jr. School of Law, which boasts a more than 140-year history.

Led by ANU Associate Professor Heather Roberts and her American counterpart, UA Professor Heather Elliott, the tour sought to compare the intricacies of the High Court of Australia with the United States Supreme Court. 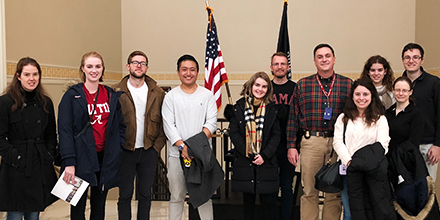 The course asked Australian and American students to debate a number of subjects including ground-breaking decisions such as Mabo v Queensland (No 2) and Roe v Wade, analysing the respective judicial appointment processes and criticising the relative strengths and weaknesses of each judiciary.

Learning was not confined to the classroom, either. Students were given the opportunity to tour both the Supreme Court of Alabama and the Tuscaloosa United States District Court for the Northern District of Alabama, each time quizzing judges on their views. The death penalty, gun rights and sentencing patterns were popular topics.

Also on the itinerary were several historical sites that memorialised key moments in the civil rights movement, such as the Rosa Parks Museum in Montgomery and the Whitney Plantation in Louisiana.

And of course, students were given plenty of time to have fun, touring the on-campus Bryant-Denny Stadium (which is bigger than the MCG), gorging on Southern barbecue and even taking weekend trips to out-of-town tourist spots including jazzy New Orleans. 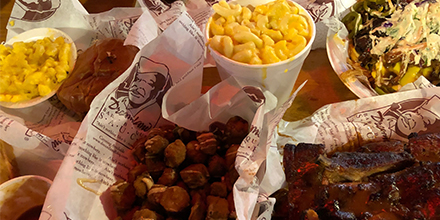 All in all, the summer course (which counts for two subjects to those credit-hungry law students) is a must-do, according to Stephanie. “The exchange was a wonderful opportunity and I loved my time in Tuscaloosa. It was definitely a highlight of my time at university,” she said.