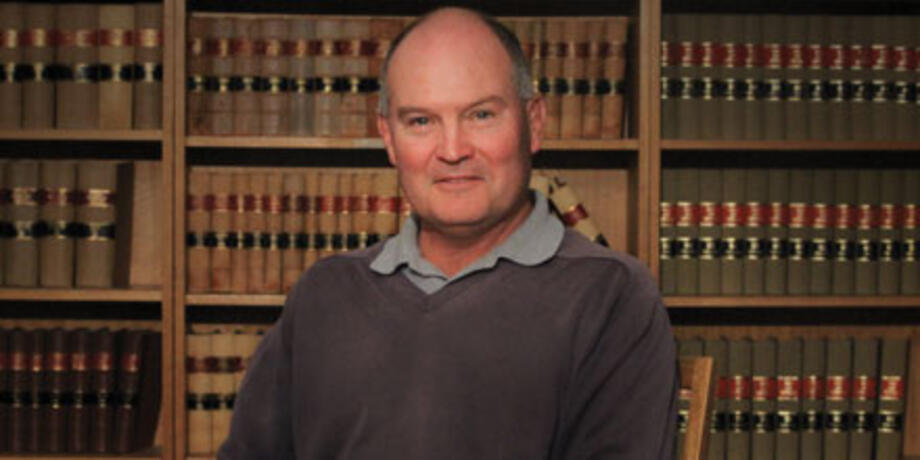 A Senate inquiry into call out powers for Australia's Defence Force heavily cited a submission by Associate Professor David Letts, Director of the College's Centre for Military and Security Law.

The Senate Committee’s reference to the CMSL submission in its final inquiry is testament to the value of continuing this important work.

The ANU College of Law’s Centre for Military and Security Law (CMSL) submission to a Senate Legal and Constitutional Affairs Legislation Committee inquiry regarding proposed changes to the Defence Act 1903 has been widely quoted in the Committee’s final report.

CMSL Director, Associate Professor David Letts, made a submission to the Senate Committee’s inquiry into the Defence Amendment (Call Out of the Australian Defence Force) Bill 2018. The Bill is intended to clarify call out power for the use of the Australian Defence Force in situations such as terrorist attacks. The CMSL submission stated the Bill is needed to respond to incidents that are beyond Commonwealth, State and Territory law enforcement agencies.

“The proposed amendment reflects the possibility that it may be appropriate to use special skills, equipment or capabilities possessed by the ADF in circumstances that would result in the most effective response to an incident,” Associate Professor Letts’ submission says.

“An implicit element of such a response is the understanding that there may be a need for the ADF to use coercive powers in relation to the civilian population and/or those who are responsible for the incident. The Bill contemplates such a situation and provides appropriate safeguards and protections among its proposed amendments.”

The submission also supports the Bill’s expansion of contingent call-out powers to cover maritime and land threats in addition to the power that already exists in relation to aviation threats.

“This is a welcome proposal, as it recognises that security threats are not one-dimensional and the legal basis for response to a potential threat should not be limited to any particular operating environment,” Associate Professor Letts wrote.

“Indeed, the possibility of a coordinated terror attack, such as that which occurred in Mumbai in November 2008, is precisely the type of scenario that the proposed amendments will now make it easier to plan for and address.”

Associate Professor Letts said that the most controversial aspect of the Bill concerns when lethal force can be justified, or where innocent people could be hurt or killed through the destruction of an aircraft or vessel.

“Although there are, quite properly 'multiple safeguards' that surround the exercise of this power, the inclusion of an additional measure relating to the anonymity of any ADF member who is ordered to destroy an aircraft or vessel is recommended,” he wrote.

“In terms of practical implementation, if the Bill is passed there will need to be significant effort placed on scenario training to ensure that the legal effect of proposed section 51N is clearly understood by those who are likely to be responsible for its operationalisation.”

The proposal to review the operation of the call out powers by Parliament at least every five years was also supported by CMSL.

Associate Professor Letts says it is important that the Centre for Military and Security Law regularly contributes to the public debate regarding proposed legislation that affects Australian military and security issues.

“CMSL’s mandate includes providing input to the legislative process through participation in the parliamentary committee process, as well as contributing to the broader public debate on military and security issues,” he says.

“The Senate Committee’s reference to the CMSL submission in its final inquiry is testament to the value of continuing this important work.”