Scholars' brief to US Supreme Court influences change in law 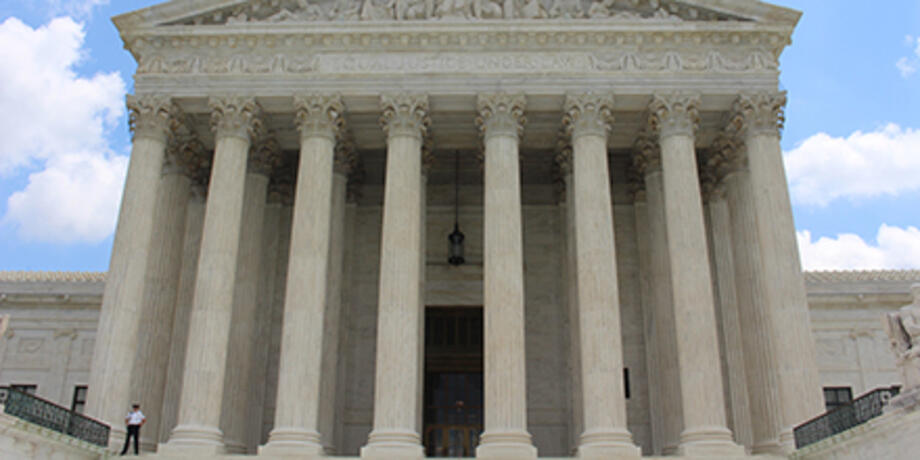 As well as teaching and research, ANU Law’s tireless academics put their knowledge towards shaping law reform and public policy both in Australia and internationally.

A case in point is citizenship expert Professor Kim Rubenstein’s contribution to an Amicus Brief on behalf of a defendant in US Supreme Court hearing Sessions v. Morales-Santana last year.

This week the case was decided in favour of Mr Morales-Santana, finding a provision of the US Immigration and Nationality Act -- Section 1409(c) – unconstitutional.

As the law does not allow a father the same opportunity, it was struck down as being incompatible with the Fifth Amendment's requirement that the government accord to all persons "the equal protection of the laws".

At a time in the US when immigration and citizenship rights, as well as the balance of the US Supreme Court bench have been politicised, Professor Rubenstein said the judgment, written by Justice Ruth Bader Ginsberg, was a major decision for both citizenship law and US constitutional equal protection principles.

The judgment directly references the brief, Brief of Amici Curiae Scholars on Statelessness in Support of Respondent, accepting the arguments presented by the group and acknowledging its influence in the outcome of the decision to strike down the law.

In 2014, the United Nations High Commissioner for Refugees (UNHCR) undertook a ten-year project to elimi­nate statelessness by 2024… Cogni­zant that discrimination against either mothers or fathers in citizenship and nationality laws is a major cause of statelessness, the Commissioner has made a key compo­nent of its project the elimination of gender discrimination in such laws… In this light, we cannot countenance risk of statelessness as a reason to uphold, rather than strike out, differential treatment of unmarried women and men with regard to transmission of citizenship to their children.

In sum, the Government has advanced no “exceedingly persuasive” justification for §1409(a) and (c)’s gender- specific residency and age criteria. Those disparate crite­ria, we hold, cannot withstand inspection under a Consti­tution that requires the Government to respect the equal dignity and stature of its male and female citizens.

Professor Rubenstein was one of the nine scholars (including two others originally from Australia) and also among three who serve on the independent world expert panel as jurors for the UNHCR-Tilburg University Award for Research on Statelessness.

The group of scholars have devoted much of their careers to research and teaching on statelessness and related subjects, including asylum, migration, and citizenship laws.