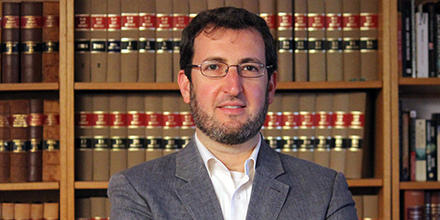 There’s a better balance to be struck between using experts to inform jurors about complex matters like CTP, and letting experts steer the outcome.

Associate Professor of Law at The Australian National University (ANU), Ron Levy, has released an independent report into an innovative series of Citizens’ Juries in the ACT.

Citizens’ Juries are set to see ACT citizens consider a range of controversial legislative matters in the ACT.

Dr Levy was commissioned by ACT the Law Society to assess the pilot Citizens Jury scheme.

After assessing the ACT’s pilot of the scheme on Compulsory Third Party (CTP) Insurance, Professor Levy said the series of planned Citizens’ Juries was generally worthwhile and should be continued, although he said the system could be improved to make the process more independent.

“There’s a better balance to be struck between using experts to inform jurors about complex matters like CTP, and letting experts steer the outcome,” Professor Levy said.

“As well, the public framing of the CTP issue clearly favoured abandoning the status quo. This undermined the objective of using citizens to depoliticise contentious questions of reform.”