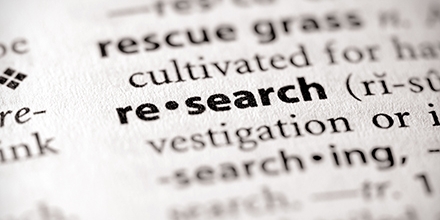 The Australian National University (ANU) leads the nation in research excellence in Law and Legal Studies, boosting its reputation for world-class research in the latest Excellence in Research for Australia (ERA) results.

It’s the third time in a row that ANU has received the top rating of 5 in Law and Legal Studies, representing research to be well above world standard. ANU shares the honour of this hat-trick with only one other university in the country.

ANU College of Law Dean, Professor Stephen Bottomley said rating 5 in the ERA for the third time in a row is a wonderful achievement which recognises the focus on excellence which is consistently maintained by researchers in the ANU College of Law and in RegNet.

Speaking for the College, Professor Bottomley said “This is a tremendous result which is consistent with our commitment to the highest-quality research and confirms the position of the ANU as a world-class university”.

The ERA results, released last Friday, found 95 per cent of broad-field research and 91 per cent of specific discipline research at ANU rated above or well above world standard.

In total, ANU received the highest rating in 38 specific research disciplines, and in a further 11 broad fields of research across the full range of University research.

ANU Vice-Chancellor Professor Ian Young AO said the 95 per cent rating was a significant improvement on the 84 per cent rating in the previous ERA in 2012, and shows our continued drive for excellence.

“ANU was established as a resource for all of Australia, and our strong team of researchers is committed to finding real and practical solutions to the problems facing the nation and the world.”

The rankings top an outstanding year for ANU researchers. In September, ANU was ranked in world’s top 20 universities and number one in Australia by the QS World University Rankings. These rankings – which rated ANU as equal 19th in the world, and the ANU College of Law as 16th in the discipline of Law and Legal Studies – see the ANU College of Law become the only Australian law school to be placed within the world’s top 20 for both discipline and institution.

In becoming Australia’s only global 20/20 law school, the ANU College of Law joins a select group of law schools, including those of Cambridge, Oxford and Yale. ANU is also one of 10 members of the International Alliance of Research Universities (IARU), which is a group of the world’s top research universities including Oxford, Cambridge, Yale and the University of California, Berkeley.