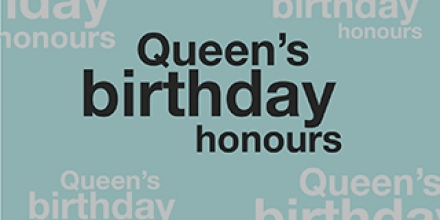 I feel very fortunate to have the freedom to pursue both environmental law and cultural history at ANU.

An exceptional contribution to the law and the arts has seen the ANU College of Law’s Professor Tim Bonyhady recognised in the 2014 Queen's Birthday Order of Australia Honours.

Professor Bonyhady, who is one of Australia’s foremost environmental lawyers and cultural historians, was appointed a Member of the General Division (AM) for his outstanding achievement.

The award recognises not only Professor Bonyhady’s significant service to education in the fields of climate and environmental law, but his contributions as an academic, researcher and in the visual arts.

Speaking on his appointment as an AM, Professor Bonyhady said he was honoured by the recognition which the award brought.

“I feel very fortunate to have the freedom to pursue both environmental law and cultural history at ANU.

“Through almost 30 years at ANU, I’ve been able to pursue my legal and cultural interests with the support and encouragement of many wonderful students and colleagues.

Alongside his work as the Director of the ANU College of Law’s Australian Centre for Environmental Law, and the Centre for Climate Law and Policy, Professor Bonyhady is a Fellow of both the Academy of Social Sciences in Australia, and the Australian Academy of the Humanities.

In addition to his teaching and research commitments in the field of environmental law, Professor Bonyhady has been an expert advisor to major environmental inquiries (including the Hawke Review (2008-09) and the Victorian Parliament’s Environment and Natural Resources Committee) and curated exhibitions for the National Portrait Gallery, the National Library of Australia and the National Gallery of Victoria.