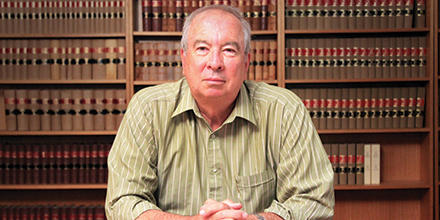 The apparent terrorist attacks on Monday in Berlin and Ankara will cause widespread concerns about similar incidents internationally in the lead-up to Christmas. The Berlin incident involved what at the time of writing seems to have been a hijacked cargo vehicle used as a weapon, and the other a targeted assassination by a trusted insider.

The cargo vehicle attack follows the very effective truck attack at Nice on July 14 which killed 86 people. In that case a 19-tonne Renault cargo vehicle was able to travel at speeds up to 90km/h as it ploughed through scattered groups of people spread over more than a kilometre.

The attack in Berlin was less deadly – killing 12 – because more densely packed people and market stalls soon stopped the vehicle. It has been reported that the Berlin truck was carrying steel which would have given it greater kinetic energy, but it is not clear what speed the vehicle reached before driving into the Christmas crowd.

The faster the object is travelling, and the heavier it is, the more kinetic energy it has. When the speed of a vehicle increases, its kinetic energy increases exponentially; meaning that when a vehicle travels twice as fast, it has four times the kinetic energy. I recall being told during a police advanced driving course that a car takes twice as long to stop at 60km/h as it does at 50km/h. For an attacker using a vehicle as a weapon, having a clear run to speed into a target is an important factor.

Measures to protect crowds from vehicles therefore include keeping their speed down through the use of barrier systems and chicanes, and restricting the size of vehicle that can access a mass gathering. So far, a terrorist attack of this kind has not got beyond the discussion stage in Australia, but Nice and Berlin obviously have implications for Australian mass gathering events – such as future Anzac Day parades.

The assassination in Ankara of the Russian ambassador by an off-duty policeman is an unusual incident, and one that will cause palpitations among those responsible for VIP security. It seems that the policeman was motivated by Russian air support to the Alawite (Shi'ite) Assad regime in Syria that has turned the tide against the Sunni opposition groups fighting against the regime in Aleppo. Most of the Aleppo victims have been Sunnis and no doubt the policeman himself was a Sunni, although he may have had personal reasons as well – like relatives being killed in a Russian air strike.

In Australia, I can recall two incidents involving VIPs and firearms in the past 50 years. The first was the unsuccessful attempted shooting of federal opposition leader Arthur Calwell in June 1966 at Mosman. The other incident, also in Sydney, in January 1994, saw David Kang leap on to a stage where Prince Charles was about to deliver a speech, and fire two shots at him with a starter pistol.

It is of course desirable that near a VIP no one has firearms other than his or her close personal protection detail, but if faced with a rogue member of a trusted group, such as the police, it is very difficult to prevent an attack from being successful. That is why all armed officers should be subjected to regular psychological reviews to determine their continued suitability to carry firearms.

This article first appeared in The Canberra Times, 21 December, 2016.