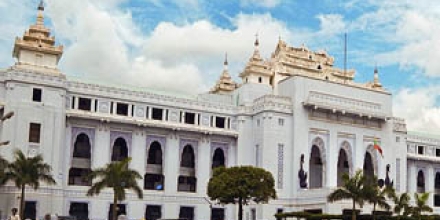 As Myanmar continues to emerge from a long period of isolation from the outside world, a partnership between the Australian National University’s College of Law and the University of Yangon is helping the recovering nation rebuild its legal system.

Bringing together legal academics and researchers from the two institutions, the unique partnership is delivering the research capacity and law reform needed to support the country’s ongoing development.

Speaking on the one-year anniversary of the partnership, convener and ANU law researcher, Dr Kath Hall, said the program had already made important progress towards addressing immediate legal challenges in Myanmar.

“After nearly 50 years under military rule, there is much to be done in returning Myanmar to an effective common law system.

“Our partnership is identifying not only opportunities for joint research in the fundamental areas of law, but prioritising these according to the needs of a country in recovery.”

Dr Hall said in addition to building research capacity in critical areas for developing nations – such as IP, corporations and land law – the program had extended its focus to include law reform and legislative drafting.

“With the dissolving of the military junta in 2011, Myanmar has emerged to find the world a very different place from what it knew.

“There is an urgent need for law reform to assist the country to participate in the global community. This will enable Myanmar to engage in international trade, development and do so with confidence that there is respect for law, good governance and human rights.”

Similarly, Dr Hall said the partnership was playing an important part in supporting Myanmar through the fundamental processes involved in developing and implementing law.

“While there is a huge amount of legislative drafting occurring in Myanmar at present, there is often a lack of understanding about the correct processes and options for this.

“In many cases, the academics and researchers we are working with in Myanmar are among the most respected experts in the country, and are often highly sought-after by members of government, businesses and international organisations to comment on how the law should be reformed.

“Through working with colleagues at Yangon University – and broader stakeholders including the Australian Government’s Department of Foreign Affairs and Trade – the partnership will equip those in Myanmar with the knowledge required to develop or enhance law.

“Our objective is not simply to inform our colleagues on how the law has changed over the last 50 years in Australia and abroad, but more importantly to strengthen the skills they will need in research and reform over the coming years,” said Dr Hall.