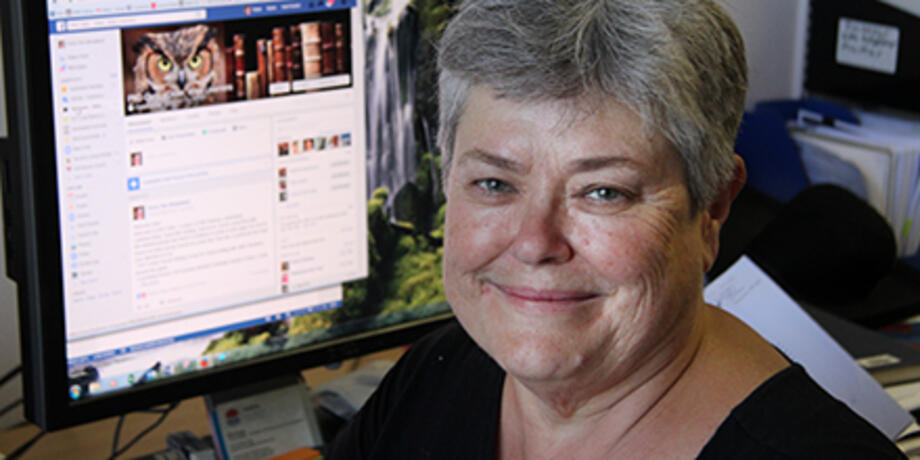 "Some are looking for a new career, but I think it’s much more likely that they have a question that’s plagued them about their work experience."

The secret’s out, tertiary education isn’t just for people looking to begin or progress their careers.

For some, like Fiona Tito-Wheatland, it’s a way to answer the questions left unanswered at the end of a career. But Fiona found being an older PhD student could come with challenges that the twenty and thirty-somethings in her research groups didn’t always face.

She wanted to connect with other older students, so she started the Older Wise Learners Facebook group. The closed group now has 525 members from universities across the world who can talk about anything from age discrimination or technology to the anxieties that come with doing a PhD; topics they don’t necessarily want to open up about on a public space.

The idea was born when Fiona took the Mass Open Online Course (MOOC) ‘How to survive your PhD’ and she spent much of her first week on a chat board talking about being an older student.

“They’d asked us why we were doing the course so I wrote that it was difficult as an older person doing a PhD coming from a career that I’d already established, to be suddenly immersed in a very different culture,” she said.

“I found it very lonely. For the people going through university the first time around, their needs for support were quite different than the needs of someone in my situation. I was in my 50s by that stage.

“I got a huge response from all of the people in the MOOC – there were about 11,000 people around the world in the MOOC – and I ended up with about 350 people writing to me and exchanging ideas with them on the MOOC chat board became very time consuming.”

Someone suggested they move the conversation to Facebook so, after a few tutorials from her daughter, Fiona started a page which later became the closed group Older Wiser Learners. Its members are generally over 40 but some are in their 70s.

From Oxford and the University of Massachusetts, to the University of Nigeria and the Vijaya Institute of Technology for Women in India; its members span almost every continent and are spread across Australia.

“In Australia, it has been really helpful for people who are in rural and remote areas and doing distance education – many of the very active members fit into that group.  For example some come from Orange in NSW, Yackandandah in northern Victoria, the NSW South Coast, far north Queensland, and Darwin.”

Fiona reflected on her own motivation and the reason other members in the group chose to study later in life.

“Some are looking for a new career, but I think it’s much more likely that they have a question that’s plagued them about their work experience,” she said.

“For me it was exactly like that. I had a question and it didn’t make sense to me from the work that I’d done so I wanted to find the answer to that question.”

Fiona’s thesis, looking at how perfection is integral to doctor identity and how that can impact on patient safety, is due for completion at the end of February.