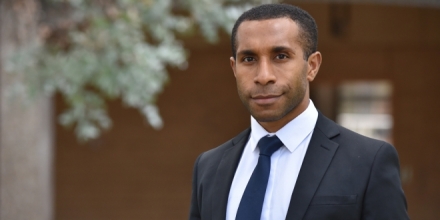 In less than 24 hours, Papua New Guineans will know the fate of  Prime Minister Peter O’Neill when the national parliament sits for a vote of no-confidence. There are three possible scenarios: O'Neill may survive the vote; he may opt to relinquish the nation’s highest office to a colleague; or, worse, he will be deposed unexpectedly in the manner of some of his predecessors. It is difficult to predict what outcome will prevail in a country known fittingly as the ‘the land of the unexpected'.

Should O’Neill survive the vote, he will declare his uttermost respect for the constitutional processes. He will claim to have duly followed a court order, to have respected the people’s wish by subjecting himself to the vote, and to have survived with the confidence of MPs who have the best interests of the nation at heart. His victory speech will be aimed at discrediting his critics. He will use the victory as important ammunition to change the narrative against him. A victory for O’Neill may dishearten those who perceive the vote of no-confidence to be the ‘last straw.’

In the second scenario, O’Neill will step aside and allow the government caucus to nominate a new prime minister within the coalition. Writing from Alotau where government MPs are meeting, one of O’Neill’s staunch supporters and leader of Social Democratic Party, Powes Parkop revealed that 'we (MPs) are …putting pressure on him (O’Neill) and trying to advise him to face the allegations and step aside'.

If this is true, one of the MPs closest to O’Neill may be nominated. Opposition Leader Don Polye also hinted that the underlying priority is to replace Peter O’Neill, not the government. A replacement PM from within government ranks is more likely given these sentiments, and the fact that government MPs outnumber the opposition's two to one.

Should O’Neill insist on staying in power he risks an unexpected desertion by his colleagues. This would bring a humiliating end to his controversial reign.

O’Neill may insist on staying because leaving the prime ministerial position would reduce his grip on the police force and make him more vulnerable to mounting corruption allegations. However, the bloody protests, ongoing workers’ strikes, and worsening economic conditions might prompt MPs to consider that O’Neill’s insistence on staying would be primarily in his own interests, and not for the stability and welfare of the nation.

The defection of Petroleum Minister Ben Micah to the opposition exemplified this possibility. Micah argued that 'as a responsible person who has concerns, I cannot sit in a government that is slowly allowing the country to (fall) into hell'. Many Papua New Guineans would expect the same from their MPs tomorrow — to 'be conscious of the issues out there', and not within.

If tomorrow’s no-confidence vote succeeds, it will be the fourth such vote to unseat a prime minister since PNG gained its Independence in 1975. The merits of the scheme have been debated at length. Former Prime Minister Sir Julius Chan once confessed that the fear of it often meant a prime minister has to spend ‘quite disproportionate amount of his time and energy keeping individual politicians “happy"'.

But the PNG Supreme Court has held that ‘a vote of no confidence is an integral part and a legitimate process of a democratic Parliament’ that ‘should never be curtailed or suppressed.’ The Court rightly ordered a recall of the PNG Parliament after it was abruptly adjourned to diffuse a potential vote of no-confidence on the back of shooting at an unarmed student protest in June.

For many, the question now is who will be the next prime minister, if not Peter O’Neill? But that misses the point. The most critical issue for the country at this juncture is who is 'fit' to be PM.

Any party leader within the government and the opposition would happily claim the office, but would he or she be a ‘fit and proper’ person? After this relentless and bloody pursuit to remove O’Neill, Papua New Guineans should not be content with achieving a new national leader tomorrow. Rather, they should demand their future prime ministers adhere to a higher moral and ethical standard.

Bal Kama is a PhD candidate at the Australian National University College of Law. His PhD thesis examines the relationship between the executive and the judicial arms of government in PNG. This article first appeared in the Lowy Interpreter.