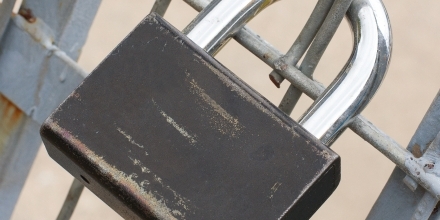 The recent decision of the Supreme Court of PNG, and new legal action now being brought by detainees on Manus Island, suggests that Australia's asylum seeker policy is unravelling under the weight of its own contradictions.

Particularly revealing of its underlying logic was the announcement by the federal government last week to again refuse New Zealand's offer to take 150 asylum seekers from Nauru and Manus Island.

According to our Minister for Immigration, Peter Dutton, Australia rejects this offer because it would encourage the people smugglers "to get back into business".

But does Australia have a legal right to say no? Doesn't the government insist over and over again including (with a straight face) before the High Court - that the detention facilities in these places are the responsibility of an independent sovereign country?

Earlier this year, the High Court accepted this argument. But the minister has given the lie to the government's claims. If the matter is truly one for the local authorities, who bear the burden of these refugees, then how come the Minister for Immigration exercises a veto on who can accept them?

What is his legal basis for trumping the decision of local authorities as to where certified refugees can be placed? This smacks of meddling, or suggests that the whole armslength argument was fraudulent and dishonest to begin with.

The High Court did not give the Australian government open slather to circumvent the law by outsourcing. The court insisted that the Commonwealth's involvement "was limited to that which was reasonably related to Nauru's regional processing functions".

If not undertaken "for the purpose of offshore processing", or "reasonably necessary to achieve that purpose," our government would be in breach of the Constitution. In what possible sense could preventing the Nauru government from releasing 150 of its refugees to New Zealand be "reasonably necessary to achieve ... the purpose of offshore processing"? The opposite is the case.

Australia's obligations under the Refugee Convention do not include resettlement. But that is not the end of the matter. The Final Act of the international conference that drafted the Convention specifically recommended that all signatories "act in concert in a true spirit of international co-operation in order that these refugees may find asylum and the possibility of resettlement."

Signatories have an obligation to facilitate the travel of refugees who have been accepted for resettlement, and to co-operate with the work of the United Nations High Commissioner for Refugees. Indeed, neither the Convention nor the UNHCR even countenances the possibility that a party would intentionally subvert the process by preventing refugees from being resettled in countries which have offered to take them.

Australia is acting as a rogue state, actively sabotaging the cooperative efforts of other countries, which lie at the heart of the UN Charter and undergird the very foundations of the UN.

By purposely preventing refugees from leaving a country like PNG in which they may be in considerable danger, and by wilfully extending their internment under conditions of increasing physical and emotional trauma, and subject to escalating instances of abuse, violence, and self-harm, they are arguably failing in their duties under international law to provide adequate protection to refugees. Again, this is central to the case being brought against Manus Island.

Asylum-seeker offer shows hypocrisy of policy From page 1 thinks that resettling refugees in a place like NZ encourages the traffickers, then the same is true if they are resettled in Denmark, or Holland, or Greece, or South Africa - or any country with a decent refugee resettlement program.

Any such resettlement anywhere would or could or might just possibly be construed by the traffickers as a "marketing opportunity."

The NZ decision gives us a glimpse of the soiled undergarments of Australia's policy. We are simply not interested in making efforts to resettle the refugees on Nauru or Manus Island. That would not be a sign that the policy is a success, but (from Dutton's point of view) a failure. No wonder they are still languishing in makeshift prisons with no end in sight.

That's the point. It is our very own Abu Ghraib: not by accident but on purpose we are scuttling any hope of offshore processing. The whole thing stinks.

Assuming, then, that Australia does exercise "effective control" over the processes in Nauru and PNG, our blunt refusal to resettle these refugees is illegal. The High Court in a line of cases from 1992 to 2014 authorised "mandatory detention" only under limited circumstances: to consider whether to let someone apply for a visa; to consider an application for a visa; or to remove or deport someone.

Detention is only lawful if these purposes are "pursued and carried into effect as soon as reasonably practicable." Wilfully indefinite detention, while purposely obstructing a satisfactory resolution of the legitimate rights of refugees, is not constitutional. Hardly a surprise.

In such a case the High Court has made it clear that the government would be running a gulag-extra-judicial confinement, without trial, against persons who have committed no legally recognised offence. Clearly the Supreme Court of PNG has already come to the same conclusion.

"Opening" the detention centre in Nauru, as the latest legal fiction has it, might turn it from a high security into a low security facility, but it is detention nonetheless. It is unconstitutional to hold people against their will under these conditions. The laws that attempt to do so are invalid. Thank god, if you will. Thank the judiciary, if you must. Just don't thank the government or the people of Australia.

Very much has changed since the High Court heard the offshore processing case just last year. The lengths to which our government is prepared to sink are even clearer than they were then. Its policy is unravelling, its legal arguments are threadbare, its morality lies in tatters. Border Protection's fancy legal clothes can no longer hide its naked power. I look forward to further cases before the court which will expose the corruption and hypocrisy of our government's decisions once and for all.

This article was first published on 5 May 2106 in The Canberra Times.