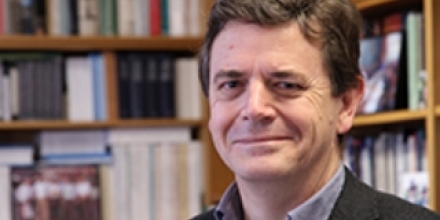 Professor of Commercial Law Stephen Bottomley has been announced as the new Dean of The Australian National University College of Law.

ANU Vice-Chancellor Professor Ian Young said that Professor Bottomley was the ideal candidate for the position of Dean.

"Stephen Bottomley was Associate Dean between 2005 and 2009 and has been Head of School at the ANU College of Law since last year. He is currently serving as an elected member of the Academic Board for the College," he said.

"His book The Constitutional Corporation: Rethinking Corporate Governance was awarded the 2008 Hart Socio-Legal Book Prize by the UK Socio-Legal Association for the most outstanding piece of socio-legal scholarship. He also won the 2011 Leslie Zines Prize for Excellence in Legal Research.

"I look forward to working with Stephen as part of the University’s senior leadership group when he takes up the position at the start of 2013.

"I would also like to record my thanks to outgoing Dean, Professor Michael Coper, who has served three five-year terms as Dean of the ANU College of Law, an unusually long time for such a demanding positio," Professor Young said.