New book pieces together the complex diversity ‘jigsaw’ in corporations 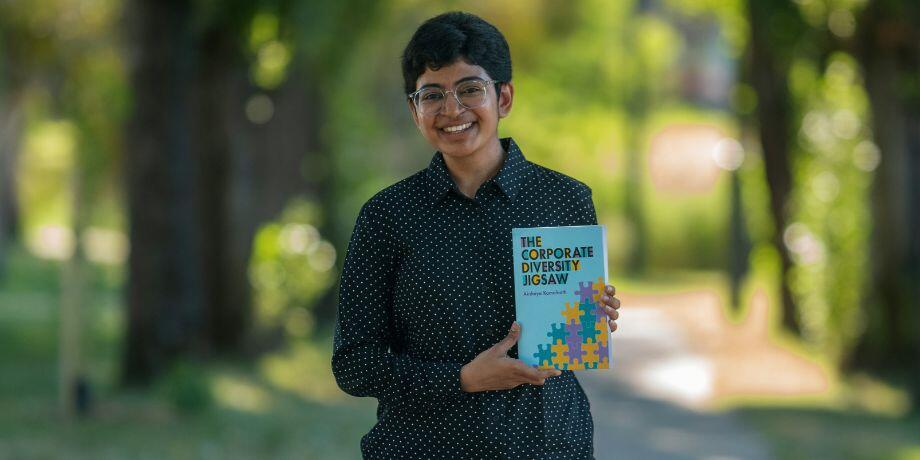 #MeToo, Black Lives Matter, and the effects of COVID-19 have all highlighted issues pertinent to diversity. It is important that our actions on this issue are well-informed because good intentions alone are not enough.

Diversity in the workplace has been a hot topic in recent years, generating wide-ranging discussions about its implications for law, regulations and policies. However, debate in academic and policymaking circles has tended to focus on a narrow range of aspects related to diversity — notably gender and race at the board level — to the detriment of age, professional experience, cognitive abilities and many other factors at the board and various other levels of the corporate hierarchy.

Now, a new book by Associate Professor Akshaya Kamalnath presents a holistic analysis of the complex topic of diversity with nuanced justification of what types of diversity are most useful for corporations. The Corporate Diversity Jigsaw (Cambridge University Press, 2022) builds on Dr Kamalnath’s PhD thesis, which examined board gender diversity and argued future work on the topic should encompass the bigger picture.

The ever-changing dynamics of corporate diversity and their consequences, both intended and unintended, are rigorously investigated in Dr Kamalnath’s monograph.

“After my PhD, I began to explore some of this through articles. But I really decided to write a book when I saw that although diversity was becoming more and more talked about in law, policy, management, and business circles, the conversation was missing a number of important pieces,” she said.

These “missing pieces” are vital to understanding the diversity “jigsaw”, Dr Kamalnath noted, adding her book aims to facilitate “more informed conversations, policies, and business practices” in academia and beyond.

“My book and its ideas are timely because there is a great push from lawmakers, investors, activists, and the general public to act on diversity. #MeToo, Black Lives Matter, and the effects of COVID-19 have all highlighted issues pertinent to diversity. It is important that our actions on this issue are well-informed because good intentions alone are not enough,” she said.

Comprising three sections, the book opens by defining diversity as it applies in the context of corporations and the importance of long-term, proactive commitments by organisations over short-term measures in response to social movements.

Its second section unpacks the legal and market initiatives across jurisdictions to increase diversity in addition to the influence of corporate culture. The final section provides a theoretical framework – a deliberate choice by the author to be “free of one theory or the other”.

“If I play my cards about which theory I favour at the beginning, then I would be kind of wedded to that in my entire discussion on diversity. So, I decided to keep that until the end,” Dr Kamalnath explained.

The book argues that diversity quotas for the board and quantitative disclosure requirements regarding the board's diversity are ineffective for a number of reasons.

One major reason is that these measures encourage short-term fixes without compelling companies to take actions that help attract and retain diverse candidates at all levels, and in the long term. Dr Kamalnath proposes that firm-specific measures will be more effective and could encourage social justice innovation at the firm level.

The Corporate Diversity Jigsaw has generated praise from esteemed scholars in the field including Professor Alex Edmans (London Business School), who described it as “a breath of fresh air, drawing on evidence based on its rigour rather than its claims, and highlighting the nuances and shades of grey in issues that often portrayed as black-and-white”.

Sergio Alberto Gramitto Ricci (New York University School of Law) said the book is “set to become a canonical read for scholars and experts who want to investigate diversity in corporate governance”.

Over the past year, Dr Kamalnath has given talks about her book at The Australian National University (ANU) College of Law, University College London Faculty of Laws, Peking University School of Transnational Law, and Kings College London generating further praise from researchers for her articulation of how complicated the issue of diversity is.

“I think one of the biggest implications of finding and clarifying the different pieces of the diversity jigsaw is to highlight that there are no easy fixes,” said Dr Kamalnath, whose current research projects include a study into the implications of technology on corporations and corporate law, and regulation of corporations in the space sector.

“Some well-meaning solutions can have adverse costs for the very people that we are trying to help. So, a lot more thought must go into figuring out diversity solutions."

Purchase your copy of The Corporate Diversity Jigsaw here.