National conference to show importance of law reform for Australia 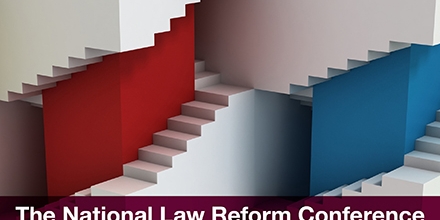 The shortcomings of Australia’s law and legal frameworks in key areas such as the environment, financial regulation, freedom of speech and human rights – and the actions needed to address them – will be the subject of a two-day national conference to be held in Canberra next week.

Conference convenor and ANU College of Law Professor, Simon Rice OAM, said the Conference is an important part of considering where the law is failing to meet the needs of Australians, and identifying how it might be reformed and improved.

“The National Law Reform Conference is a breeding ground for legal innovation.

“By bringing together such a large number of legal experts from such a diverse range of backgrounds, the Conference provides an incomparable platform for new ideas and approaches for law and law reform.

“These ideas are often innovative and controversial, such as commercial development in environmentally sensitive areas, regulating corruption, or the type of evidence required in sexual assault cases.”

Professor Rice said the Conference would increase understanding – and encourage action – for law reform in areas of central importance if Australia is to remain known as a country of equity, equality and efficiency.

“Any change to law and policy – no matter how minor – needs to be thoroughly considered and properly planned.

“If this is to happen, academics and researchers need to work in partnership with policy makers, practitioners and the judiciary, and ensure proposals are based on sound research that includes both theoretical and practical analysis,” he said.

To help ensure the ideas and approaches raised during the event reached their intended audience of policy-makers, public commentators, law reform agencies, academics, practitioners and the judiciary, Professor Rice said he expects the outcomes of the Conference would be published in early 2017.

The 2016 National Law Reform Conference will take place at University House, Canberra, on Thursday 14 and Friday 15 April 2016. Last minute online registrations are available, with a concession rate available for students.