Home » More to ATAR than meets the eye

More to ATAR than meets the eye 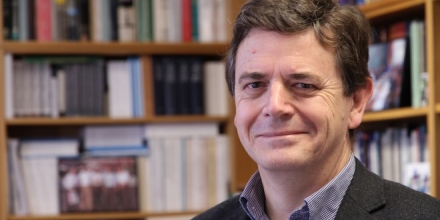 In the excitement, exhilaration and disappointment of university offers being released each year, it can be easy to overlook some of the complexities involved in the process of setting ATAR cut-offs, and deciding which students receive offers – and which students don’t.

Recent media reports about the changes to ATAR cut-offs over the past five years show there can often be much more than meets the eye when it comes to the ATAR needed for a particular course or university.

While the rise and fall of the ATAR makes for attention grabbing headlines as students nervously wait for their Year 12 results, a lack of context can make these reports confusing at best, and misleading at worst.

For example, many students might be rightly concerned to hear claims of a significant fall in the ATAR cut-off for Law at the Australian National University.

Indeed, for some students, the reported fall of seven points in the ATAR cut-off for Law at ANU may have them scrambling to re-assess their career aspirations and university preferences, and consider a degree they hadn’t previously thought available to them.

Further, these sorts of reports often neglect to consider other factors – such as academic bonus points which are applied to a student’s ATAR by respective universities – which can affect the perception of ATAR cut-offs over time.

At ANU, the demand and ATAR cut-off for Law has actually increased in the past five years; however, students applying to almost all courses at ANU now receive up to five additional bonus points for high achievement in demanding secondary subjects such as English, specialist maths, physics and chemistry, making it possible for a student with an ATAR of less than 97 to receive an offer to study law.

As bonus points and other actions that impact a student’s ATAR are generally applied by individual universities – some of which disclose this information, and some which do not – it remains difficult to get a clear indication of how the ATAR cut-off may have changed for a field of study across a number of universities.

A university such as ANU, which publishes information about bonus points and has a guaranteed cut-off from year-to-year, may appear to have a lower ATAR cut-off for courses such as law compared to those universities who do not.

What the situation does show is the continuing debate about the ATAR as a means of admission, particularly for demanding and highly competitive university degrees such as law.

In the past few weeks, we have seen Vice-Chancellors from several of Australia’s best known universities again raise questions about the role, function and value of the ATAR, with some for it, some against and some taking an each-way bet.

Whether you consider the ATAR as a meaningless score, or the strongest indicator of potential success, the reality is the ATAR currently remains the main way to consistently assess students seeking to study at university.

At ANU, a slightly lower cut-off for Law has not affected the quality of our graduates, with employment rates and feedback from the legal community demonstrating our graduates are still meeting the demands and expectations of employers across Australia and around the world.

In the years to come, we may very well expect to see admission requirements for degrees such as law expanded to consider other criteria than just a student’s ATAR.

But we are still some way from a universally recognised and comparable system that assesses and admits students on measures beyond their Year 12 rank.

Until then, Australian universities need to be open and transparent about how and what ATAR – for example, with or without bonus points – they use, and helping ensure prospective students understand exactly what ATAR they need.